Popular Nollywood actor, producer, and director Frederick Leonard has shared a beautiful picture from his engagement to Peggy Ovire on social media.

The actor posted the cute picture on his official Instagram page a short while ago, along with the phrase, “She Said Yes.” This elicited a huge response from his coworkers, fans, viewers, and followers, with many of them congratulating him in the comments area.

It’s fantastic that Frederick published a picture of Peggy’s hand with his engagement ring on it. Remember that the couple made their relationship public a few weeks ago, and that their wedding is scheduled to take place on November 19, 2022, according to reports. A screenshot of some of the responses from the fans, viewers, and followers can be found below.

Gossipinfo Recalled That Congratulations are in order for the lovebirds from Nollywood, Frederick Leonard and Peggy Ovire, who recently announced their engagement in the media.

The soon-to-be married couple is expecting their first kid together after living together as live-in lovers for a while.

After posting pictures of herself showing off her growing baby belly, Peggy’s followers have already showered her with congratulations on her verified Instagram profile. 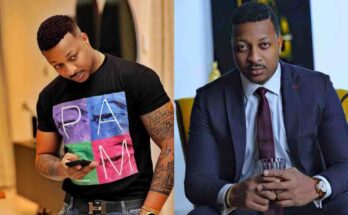 ‘It payback time, many parents have setbacks because they sacrificed their growth for their children’ – IK Ogbonna tell fans