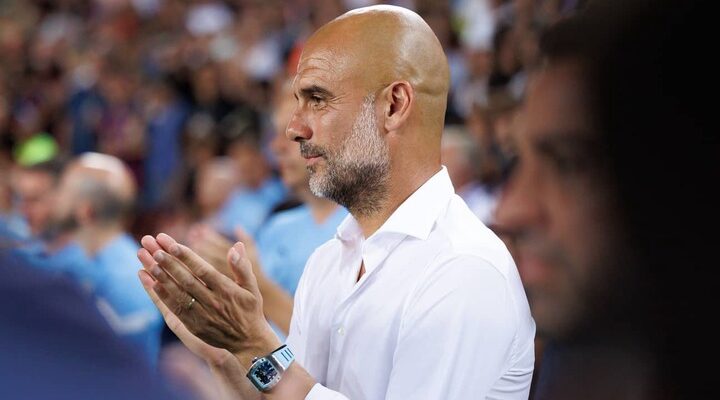 According to rumours that surfaced on Tuesday afternoon, Pep Guardiola and Manchester City have reached a two-year contract extension.

The Catalan coach signed a two-year extension back in 2020, and he is now nearing the end of his current contract.

The Athletic reports that Pep Guardiola has recently reached a two-year contract extension.

The manager will remain with the team through 2025 under this new contract.

The agreement will be set up as an initial one-year contract with a mutual option for an additional season, according to additional information from the article.

That implies that, should it be judged necessary, either partner may decide to end it sooner.

The structure of this agreement will be the same as the one Pep Guardiola signed in November 2020.

Recall that the head coach of City has been with the team since the summer of 2016 and has achieved unprecedented heights throughout his time there.

Following the Abu Dhabi United Group’s takeover in 2008, Roberto Mancini and Manuel Pellegrini led their teams to multiple Premier League championships and domestic championships, but Pep Guardiola has ushered in an era of dominance.

Hot Post:  Manchester City was willing to offer a first-team standout a deal "worth £46 million. "

But with Guardiola in the middle of his seventh season with the defending Premier League champions, there have recently been some doubts about whether he will remain with the team at the conclusion of the current campaign.