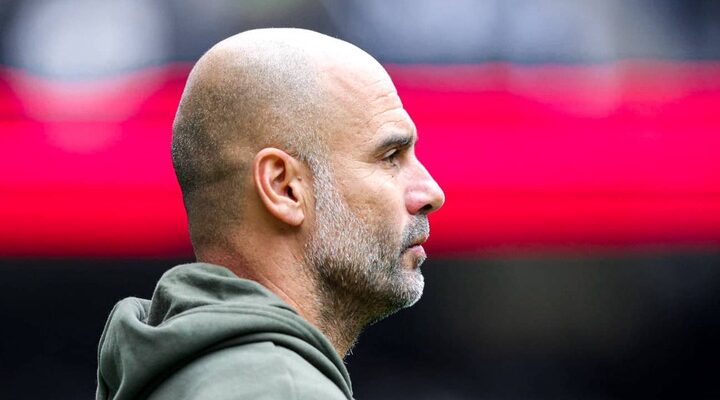 According to a source from Spain, Manchester City manager Pep Guardiola has decided on his future with the team.

The head coach of City has been with the team since the summer of 2016 and has achieved unprecedented heights throughout his time there.

Following the Abu Dhabi United Group’s takeover in 2008, Roberto Mancini and Manuel Pellegrini led their teams to multiple Premier League championships and domestic championships, but Pep Guardiola has ushered in an era of dominance.

But with Guardiola in the middle of his seventh season with the defending Premier League champions, there have recently been some doubts about whether he will remain with the team at the conclusion of the current campaign.

Hot Post:  Graham Potter reveals why Pep Guardiola the manager of Man City is one of his main influences.

Should there be no interest in signing a new contract, his final season with Manchester City would be the 2022–23 campaign after agreeing to a two–year contract extension in 2020.

However, a recent Spanish report suggests that Pep Guardiola has already made up his mind regarding his future at the Etihad.

Pep Guardiola is currently “one step away” from renewing his contract with Manchester City, according to information from the Spanish newspaper Sport that Sport Witness has translated and relayed.

Guardiola is said to be “delighted” with his current situation at City and is in no rush to go.

This comes after the Catalan coach made the decision to start talks with the various important organization authorities.

Hot Post:  "Kylian Mbappe and I are not related" – Paredes hits PSG star

In addition to Guardiola, the source from Spain claims that Txiki Begiristain and Ferran Soriano, two representatives of Manchester City, have taken the current break for the FIFA World Cup in Qatar to start with the “foundation” for the deal.

Talks about the future of the Manchester City team will also be covered.

While the length of Pep Guardiola’s agreement with the club is presently unknown, a deal will likely be reached quickly because everyone concerned wants to keep the project’s current structure at the Premier League champions‘ stadium.

But why did the former head coach of Bayern Munich and Barcelona wait until now to start negotiations?

According to Sport, the Manchester City manager delayed the talks until a time when the vast majority of his first-team squad would be away on international duty with their respective countries because he did not want any such talks to disrupt the club’s routine.

While many Manchester City fans are aware that Pep Guardiola’s time as manager must eventually come to an end, some still hold out hope for a protracted extension.

Nevertheless, there is a consensus in some circles that the deal under consideration will be a two-year extension, keeping Pep Guardiola in place until the conclusion of the 2024–2025 season.

In the following weeks, fans may anticipate more substantial updates on the specifics of the talks.