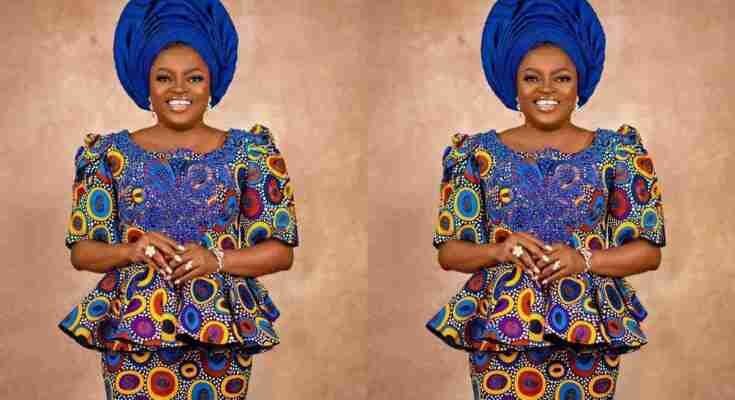 Due to her beautiful dance habit, Nollywood actress and politician Funke Akindele has gained a new name among her followers.

This came after the award-winning actress posted a collaged photo video to her Instagram verified page. One of the tracks from Olamide’s signee Asake’s recently released album was featured in the video.

Additionally, it is not surprising because Funke Akindele is a fervent fan of Asake’s music. The actress is one of Asake’s devoted followers who sings his songs word-for-word.

One of the few famous people who enjoys dancing fervently to their favorite songs is Funke Akindele, and she doesn’t wait to share the video with her friends and followers.

However, it had been a long time seeing the actress displayed her dancing skills since she joined politics.

Her fans noted the difference and remarked on how she had kept a modest life because of the upcoming general elections in 2023. They, however, claimed the actress would cause a stir with her dancing skills once she wins the election.

One Nickky noted, “If not for election, you would have danced to the whole song on Asake’s Album🥺.”

One Precious wrote: I wanted to make this comment 😢. I have been refreshing her page since to see her vibing to Asake’s songs, but she hasn’t.

One Fumtab wrote, “I miss her vibes, she would have memorised all the lyrics.”

“no be lie if she wins dis election which I pray she does mama go scatter everywhere with dance.” One Catherine responded.

Hot Post:  Anita Joseph laments the lack of regard and respect for.

Gosipinfo news recall that In, an effort to tackle All Progressives Congress, Lagos State chapter for criticizing their visit to a widow Dorothy and her son Osinachi Ndukwe, whose minibus was recently put up for auction by the state for breaking traffic laws, Nigerian actress Funke Akindele has teamed up with Peoples Democratic Party (PDP) governorship candidate Olajide Adediran aka Jandor.

The PDP deputy governorship candidate in Lagos stated that “taking one’s means of livelihood in the name of penalty for traffic violations is compassionate” when explaining the purpose of their visit.

In an Instagram post, Funke Akindele made this claim and said that the visit wasn’t meant to incite anyone to break the law.

On Saturday, Jandor and his running mate Funke paid a visit to the family. Even though he wasn’t promoting breaking the law, Jandor told the group that he thought a punishment shouldn’t deprive individuals of their livelihood.

The PDP candidates, meanwhile, “have moved from playing politics with human lives to shamelessly supporting the breakdown of law and order in our dear state,” according to a statement released by the APC on Sunday by party spokesman Seye Oladejo.

The JANDOR4Governor Campaign Organization’s spokesman, Gbenga Ogunleye, responded by claiming that the APC was “demonizing the act of succor being given to the victims of their anti-people policies.”