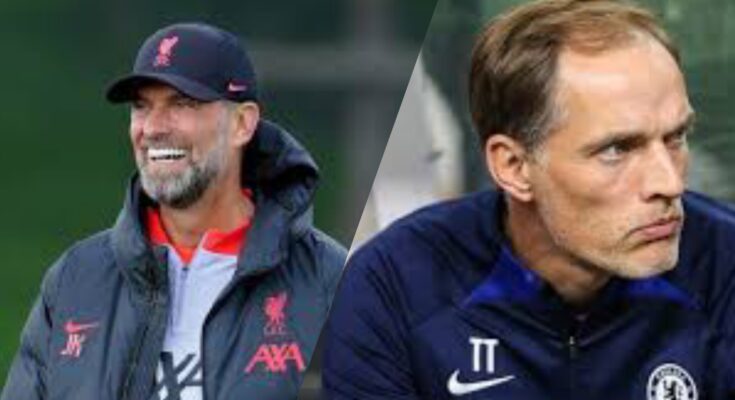 Jurgen Klopp, manager of Liverpool, has clarified why his departure from Borussia Dortmund was prematurely publicized.

Jurgen Klopp has provided additional details regarding the time of his departure from Borussia Dortmund in 2015, acknowledging that Thomas Tuchel, the former Chelsea manager, played a factor in his decision.

With Dortmund, Klopp had seven successful seasons, guiding them to the Champions League final in 2013, two Bundesliga championships, the DFB-Pokal, and other victories. He took a break from football at the end of the 2014–15 season, but Liverpool eventually persuaded him to return in October 2015.

In reality, BVB struggled to match their prior heights and only finished seventh in Klopp’s final campaign at Signal Iduna Park. The German then announced in April 2015 that he would be leaving the team at the conclusion of the current campaign.

When holding a press conference, he remarked: “I have always said that I will make that statement if I feel that I am no longer the ideal coach for this exceptional club. I firmly believe that the choice was the best one. This team deserves to be led by the ideal manager.”

Later that month, Tuchel, who had been unemployed since choosing to leave Mainz 05 the previous summer, was officially announced as Klopp’s successor.

The Reds manager has now said that he would have preferred to wait until the end of the season to announce his departure, but did so in April because Dortmund wanted to hire Tuchel as his successor.

WDR, a German news outlet, quoted Klopp as saying: “The timing at the time was due to Thomas Tuchel’s impending transfer to HSV, which I can still well recall. Wait a second! Will Tuchel attend HSV? Then we must spread the word right away! It was therefore a little earlier than anticipated at the time.”

Tuchel stayed at Dortmund for two seasons, winning just the 2016–17 DFB–Pokal as he struggled with the club’s management.

In the meanwhile, Klopp has a deal with Liverpool through 2026 after signing an unexpected two-year extension earlier this year. It is unclear if the German would extend his stay even further in the future, but his remarks when announcing his departure from Dortmund do give some indication that he will take a similar position when he decides the time is appropriate to leave Anfield.