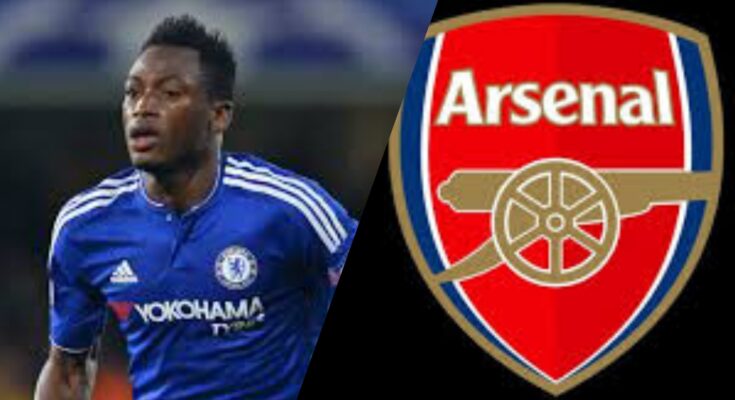 Former Chelsea defender Baba Rahman has talked about his unsuccessful $14 million move to Arsenal in the past.

Rahman has played 15 times for the Blues but has spent the last seven seasons on loan at other clubs.

He has spent time with Reading most recently after stints at Schalke, Reims, Mallorca, and PAOK.

Ghana’s 2022 World Cup squad includes the left-back, who has played 44 times for his country.

Hot Post:  UEL: How Manchester United will line up against Sheriff as Cristiano Ronaldo RETURNS to the squad following frank discussions with Ten Hag

Speaking to Nazaar Kinsella on YouTube, Baba Rahman claimed: “I missed the trial because I didn’t have a visa to the UK.”

Then, he described how, as a youngster, a possible dream job at Arsenal escaped his grasp: “I got turned down for a visa. But anyway or another I ended up in London.”

Rahman also spoke about the injury he sustained while playing in Germany: “I was flying at the time, (on loan) at Schalke.

It was an awful sensation. I was 22 when I became 28 overnight! You know, I still experience these flashbacks.

“Due to the complications in the knee from my first (operation), the surgeon actually told my agent that I should be happy if I am able to resume playing.

“When I first arrived in Germany, I was simply moving upward. Then, all of a sudden, everything started to fall. It was challenging to get back because your injury was only supposed to keep you out of the game for eight months or so.

Rahman has not played for Chelsea since the 2015–16 season, and it is unlikely that he will anytime soon given the depth at left-back.

Oleksandr Zinchenko and Kieran Tierney have both been signed by Arsenal to play at left-back, thus Rahman’s dream transfer to the Gunners is likely done.