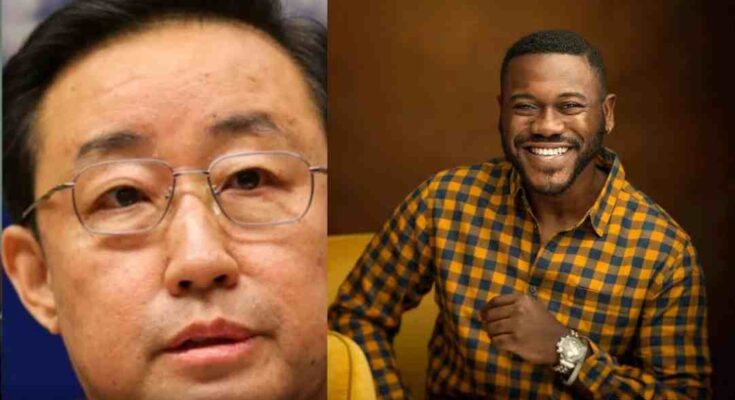 The announcement that former justice minister Fu Zhenghua had been given a death sentence for corruption involving $16 million and a two-year reprieve by a Chinese court has prompted various responses from Nigerian celebrities.

According to AAnews, Changchun’s Intermediate People’s Court in the Jilin province of northeastern China convicted 67-year-old Fu guilty. According to the court’s decision, the death penalty may be commuted after serving two years in jail.

Fu who served as justice minister between March 2018 and April 2020 was accused of “taking advantage” of his position between 2005 and 2021, including accepting bribes totalling more than 117 million yuan (about $16.76 million) and “bending the law for personal gains.” According to the report, the court stripped Fu of his political rights for life and confiscated all of his personal property.

After the two-year reprieve for his death sentence, Fu’s sentence can be commuted to life in prison in accordance with the law, but no further reduction or parole shall be given to him,” according to the court ruling, as quoted by the Chinese public broadcaster CGTN.

The court found that Fu had concealed evidence involving a suspected serious crime committed by his brother Fu Weihua while serving as head of the Beijing public security bureau between 2014 and 2015. “This concealment allowed Fu Weihua to avoid prosecution for a long time,” the court stated in its verdict.

Hot Post:  ‘Shut up and grow up’ Actor Deyemi Okanlawon slams fan who claim that celebrities never give people an opportunity to prove themselves

“The sum of bribes Fu had taken was huge, and he committed particularly serious crimes, which caused a heavy loss to the interests of the state and people and also had a particularly bad social impact,” it added.

However, court noted that Fu who was assigned to the Committee on Social and Legal Affairs of the National Committee of the CPPCC after having served as justice minister last year, received a “lenient sentence” as he “confessed to all his crimes and pled guilty during the investigation, provided clues for important cases, and had been cooperative in returning his illegal gains.”

Hot Post:  People who are genuinely happy are not on social media – Nollywood Actress Didi Ekanem

Reacting to this, Adeyemi Okanlawon wrote: “This is what we need in Nigeria.