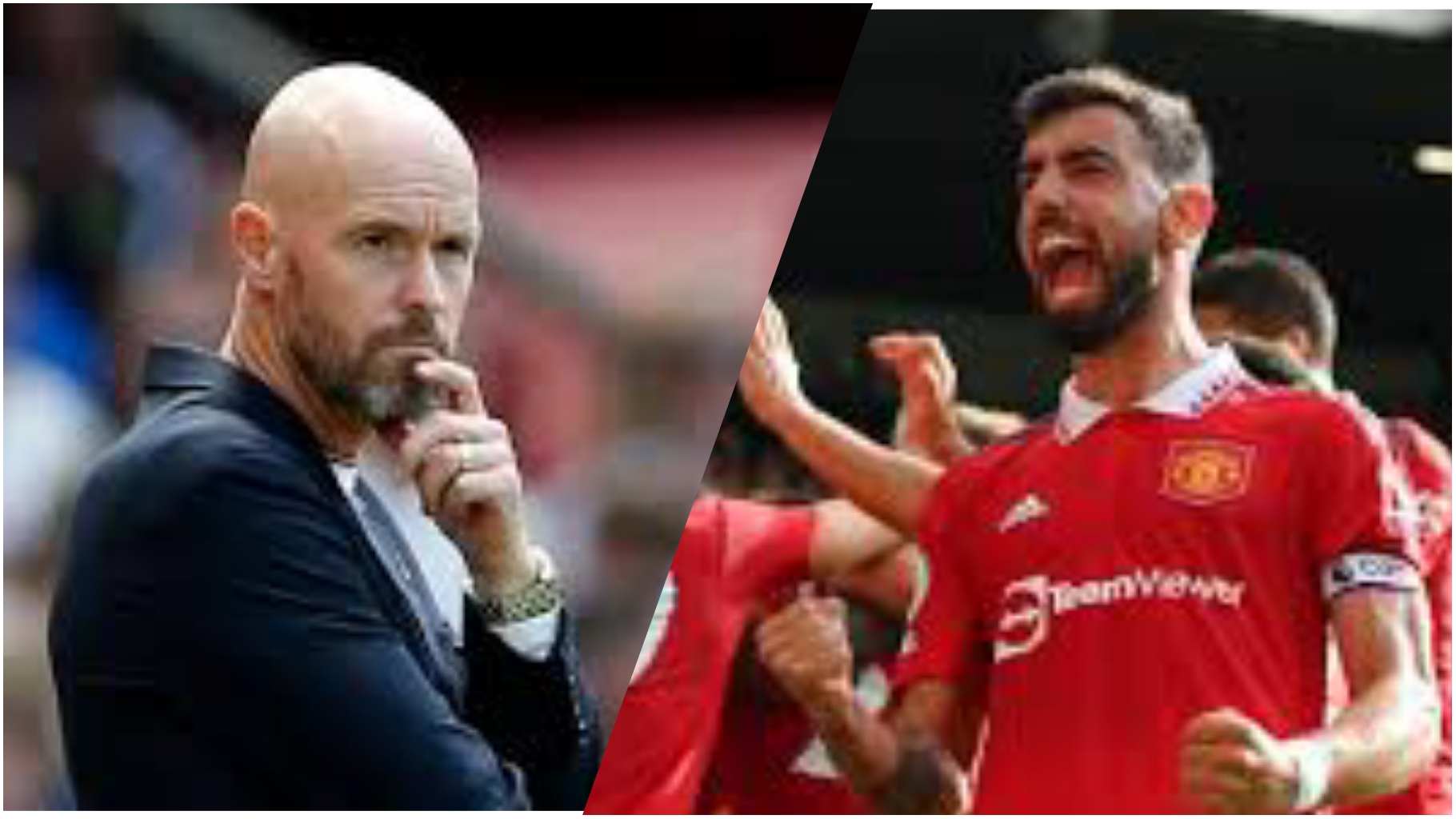 Due to his ban, Bruno Fernandes will not travel with Man United to Villa Park on Sunday.

The Portugal international, who has worn the captain’s armband in Harry Maguire’s absence for the majority of this season, will be out from the trip to the Midlands due to a suspension. He received a one-game suspension after receiving his fifth caution of the year in the closing moments of last Sunday’s 1-0 victory over West Ham United.

Fernandes, who moved to United from Sporting Lisbon in January 2020, has played every minute of the Premier League so far this season and has started all but one game across all competitions. Despite not playing at his most fluid level this season, his absence in the attacking-midfield position is certain to be noticed.

It remains to be seen what Ten Hag will do given that there are a number of capable midfielders who can step in and take the position of the former Sporting star, as this is the first time in his tenure that he hasn’t been allowed to use the 28-year-old. The Dutchman has stressed the need of having a strong roster of players to pick from while acknowledging that his absence is a loss.

According to Ten Hag, Bruno has been crucial to us up to this point. He plays pretty well in every game.

Hot Post:  EPL: 7 Liverpool players have been ruled out of the match against West Ham, and another two are questionable.

“I believe he had an influence yesterday [against Real Sociedad] as well. He was playing from the right. You may see this, for example, with the objective and several other actions.

“As a No. 10, he is performing incredibly well, and the squad needs to replace him. In order to win a season, you need a squad, not only 11 players, so we will do what is necessary to replace him.

Jadon Sancho, Anthony Martial, and Antony may still be unavailable for United’s trip to Villa Park. Due to illnesses and injuries, the trio was unable to participate in the midweek victory over Real Sociedad.