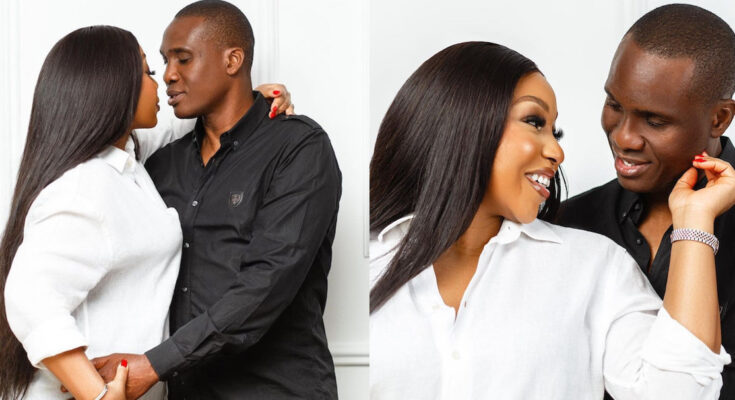 Mildred Okwo, Rita Dominic’s business partner, has spoken out in response to rumours that the Nollywood diva had given birth to twins.

The news that Rita, who got married earlier this year, was now a mother, was widely shared on social media.

“You see someone on set today, and the next day they have twins; I do not understand,” Okwo said in a conversation with newsmen.

Would I not contact you folks with a press release if Rita had a child? It doesn’t make sense, really.

“Can you picture? While on the set of a movie, she snapped a photo. I should possibly phone her to ask if she has given birth since she shared a picture of herself on a movie set.

is disseminating false information through blogs. Please disregard them. I would definitely make the announcement and refrain from speaking to bloggers if she has a child.

Gossipinfo recalled that Social media is presently trending around veteran actress Rita Dominic and her husband amid speculations that they are expecting twins in the UK.

Several months have passed since Dominic and her husband were wed in a traditional ceremony in Imo State on April 19, 2022. On April 5, Dominic had already announced their engagement.

Since the news of her delivery surfaced, social media has been awash in congratulations.