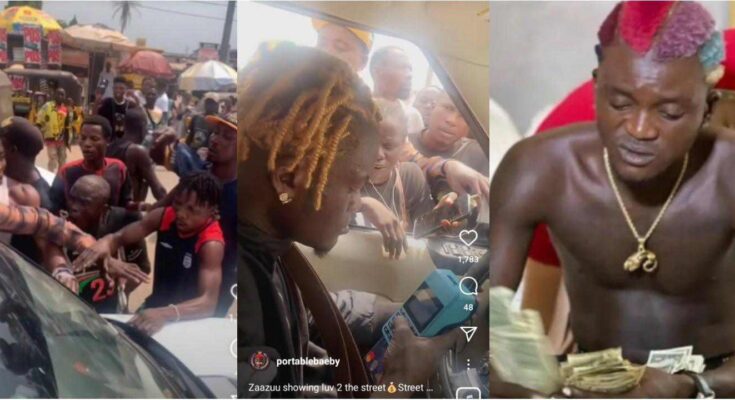 When he posts new videos of himself on social media, Portable, one of the hardest working musicians in Nigeria, knows how to get his followers’ attention.

In order to show the public the moment he was giving money to his local followers, Portable posted a video to his official Instagram account.

When his fans stopped Portable while he was out and about in his brand-new car, they demanded money from him. Portable gave them all the cash he had in his cross-body bag, but it wasn’t enough, so he took out more cash from the POS machine.

Habeeb Okikiola Popularly Called Portable is a generous man with the heart of given but his other side is why people tag him as been bad.

As soon as Portable’s video went viral online, many of his fans flocked to the comment section underneath the clip to share their thoughts.