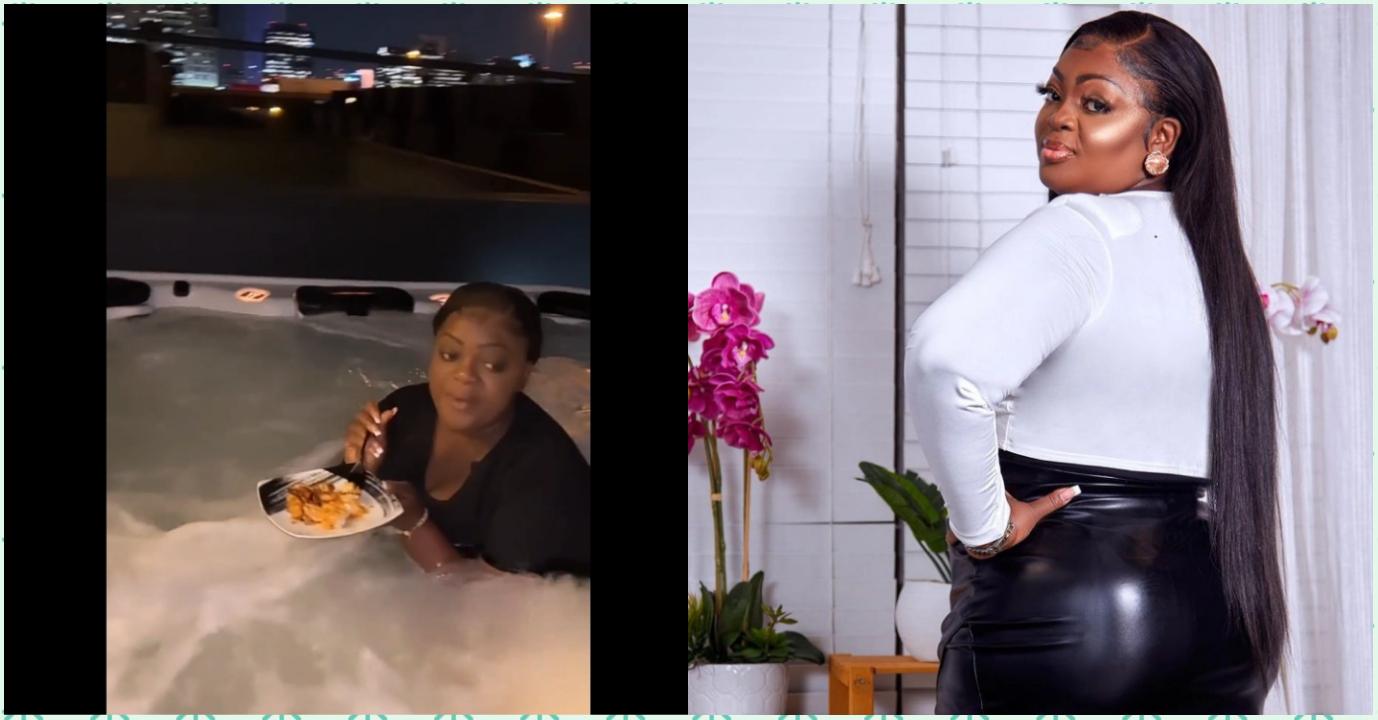 Eniola Badmus, a Nollywood actress, has been the buzz of the town since her body reduction operation went well.

The endowed actress was recently spotted in a pool of water, having a glass of wine and some food.

Even more than her colleagues in the film industry, the stunning actress is recognised for mixing with musicians and comedians.

Hot Post:  Reactions As Laide Bakare Was Spotted On Her Knees In Front Of Alapini Osa As He Prayed For Her

Recalled that Gossipinfo Entertainment Recently Share The stunning photos of the Actress, that she posted on her Instagram account, posing for photos and revealing that she was in Houston, Texas, one of the largest cities in the United States of America, in her caption.

The talented actress has been away abroad for some times now, and has always been sharing gorgeous pictures of herself, showing off her new transformed body.

The award-winning actress has been flaunting her amazing new-found body, since she lost weight, from her previous chubby self.

The 39-year-old is one of the well-known actresses in Nigerian movies’ industry. She is a top actress, who has been in the industry for a long time, since early 2000s.