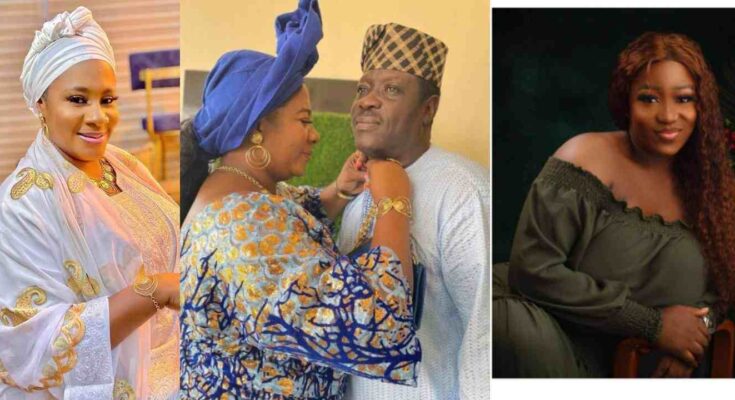 The family of veteran actor, Taiwo Hassan aka Ogogo, has rejected the marriage proposal of actress Doyin Kukoyi.

Speaking on behalf of her family, Kira Taiwo, one of the daughters of Taiwo Hassan declared that the Taiwo family house which comprises of two wives and several kids is already full and doesn’t need any new women.

She made the comment under Doyin Kukoyi’s post where the actress shared a lovey-dovey photo of herself with Taiwo Hassan which a caption “Finally, I have found my better half. Alhamdulillah @ogogotaiwohassan”

The post has since garnered mixed reactions from other colleagues in the movie industry and fans as well.

Hot Post:  Sometimes when I look at my body I greet God – Anita Joseph flaunts alluring figure in lingerie