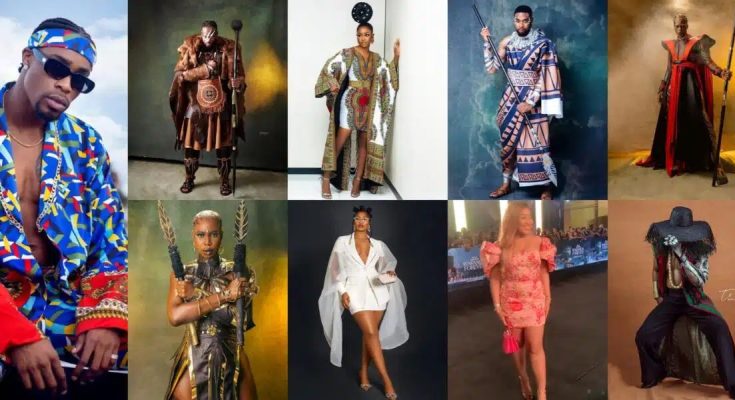 According to Gossipinfo news, BBNaija’s stars attracted attention as they arrived at the movie premiere dressed to the nines.

Neo, who was unable to attend the ceremony, paid tribute to his colleagues on the microblogging platform.

He believed that reality TV personalities had improved the sector.

Neo Akpofure observed that when given a topic, BBNaija’s stars always appear appropriately.

“Reality tv stars beautify this industry, whenever it’s time to show up in theme everyone comes correct”.

Black Panther: Wakanda Forever, a sequel to the 2018 box office hit movie, ‘Black Panther 2, is an American action superhero film based on the Marvel Comics character.

Hot Post:  The past few months as be better for me’ Actress Bukunmi Oluwshina reveal a sweet moment with her daughter.

The film is a part of the Marvel Cinematic Universe (MCU), written by Ryan Coogler and Joe Robert Cole and directed by Ryan Coogler. It continues with the story of T’Challa, the king of Wakanda.

Hot Post:  “Itele is [email protected], I take Care of My Kids Myself, And May The Quran That we both Carry Judge You” – Actor Ibrahim Yekini First Baby Mama Fires Back At him (Video)

The Official African premiere of “Black Panther: Wakanda Forever” is brought to you by FilmOne Entertainment, Marvel Studios and Disney – movie is out nationwide on the 11th of November 2022.