Veteran Nollywood actress, Eucharia Anuobi, has criticized those who do not typically feel regret for their wrongdoings or social media posts.

Eucharia Anuobi noted in a video posted on her Instagram page that some people are obstinate as gold after wrongdoing and utilize the popular phrase “I said what I said.”

Not apologizing for wrongdoings and adamantly standing one’s ground, according to Eucharia Anuobi, is an essence of witchcraft.

As she alluded to King Saul in the Bible, the experienced actress remarked that people with such tendencies lose a lot of things.

She wrote: Not apologising for wrong doings and vehemently standing your ground is an embodiment of witchcraft and you will lose alot because of it , ask king Saul in 1 Samuel 15 : 23

Hot Post:  "I don’t appreciate all these people telling me what to do with my life” – Dancer, Korra Obidi blows hot (video)

The actress in a post shared on her Instagram page listed parameters geared at achieving success in life, and not everyone is suitable for the long haul.

The actress said when people in your life don’t support and believe in what you do or your business or cover-up and overlook your flaws, then it is only fair to drop them fast. 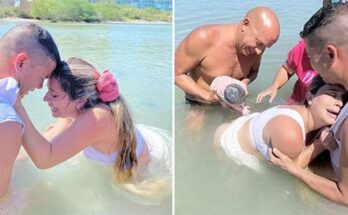 Beautiful woman Gives Birth To Her Baby On The Beach [Video]