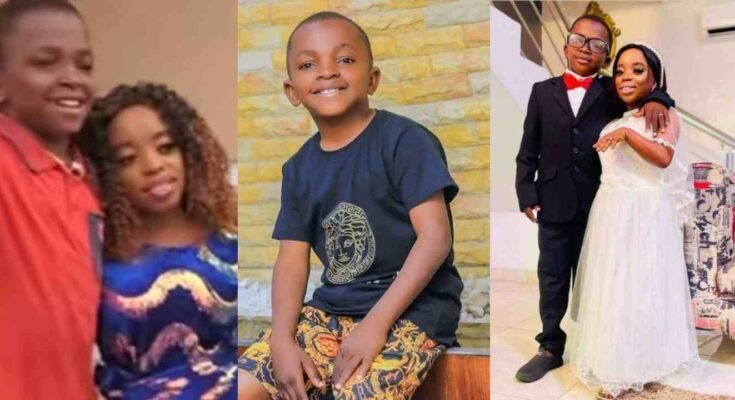 Abdul Raheem Wahab, often known as Sunday Jatto, is a Nigerian actor and comedian who was born on April 12th, 2006 in Lagos, Southwest Nigeria.

Jatto is a talented young actor who is noted for his comedic performances. He began acting when he was quite young and is well-known in the profession.

Sunday Jatto, Came to Fame when He Acted The movie titles “Sunday Jatto” in March 20th 2021,this movie bring his fame light and he has also featured on a comedy skit with Comedian Woos for once. He was also the lead cast in most films like Sunday Jatto, Sunday Ewenje, Adelabu, and Many More

Hot Post:  7 Nigerian Kids that are making us proud in the entertainment industry (Photos)

His educational qualifications are still unknown, But Sunday Jatoo Is Still in Secondary School. More Update Will be updated if find information about his studies.

Hot Post:  All You Need To Know About Sunday Jatto Biography Age, Education, Career, Parents, Girlfriend and Net Worth

Jatto began acting at an early age and is well-known for his on-screen antics. Many notable actors in the industry have featured him, including Afeez Owo, Mide Martins, Olaiya Igwe, and Okele, to name a few. For the first time, Sunday has appeared in a comedy sketch with Comedian Woos. Sunday Jatto Movies

He also starred in several films, including

Hot Post:  ‘Housewife things is hard’ Actress Nkechi Blessing cried out after she went to visit her lover

Sunday hasn’t revealed anything about his relationship life to the public. For now, all we can say is that he’s focusing on his life and career.

As a young and vibrant Actor, he doesn’t show the altitude of having one for now, though he might still behave like others when he grow up.

Sunday Jatto is still unmarried and he has never reveals anything about his girlfriend on any social media.