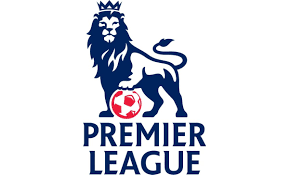 The Premier League apologized to Manchester United, Liverpool, Tottenham Hotspur, Leeds United, and other teams after it took longer than expected to announce its January broadcasting choices.

Prior to the break for the World Cup in Qatar, the league was supposed to notify the impacted fixtures for December and January in October.

Meanwhile, the broadcast choices for November were announced in September.

The Premier League has apologized to fans and given an explanation for the delay in releasing some fixtures, citing problems with “obtaining appropriate local stakeholder clearances.”

The Premier League has said what?

“The Premier League regrets the delay in releasing these fixtures and shares the dissatisfaction of the fans.

“Difficulties in collecting necessary stakeholder clearances caused the process of finalizing these specific selections to take longer than anticipated.

“The League reiterates its regret for the delay on this occasion and is dedicated to working with supporters to achieve more effective communication in advance of future fixture announcements.”

Which Premier League matches were rescheduled for television?

In January, a number of notable games will be broadcast live on Sky Sports or BT Sport.

One of these is the newly scheduled Man Utd vs. Man City matchup on Saturday, January 14 at 12:30 p.m.

Hot Post:  Chelsea star Edouard Mendy is "evaluating his future and may depart in a transfer window" after losing the No. 1 slot

Nevertheless, if either team advances to the following round of the Carabao Cup, that date can alter once more. If this happens, the match will be played on January 15th, Sunday.

The match between Arsenal and Manchester United has been postponed until 4:30 p.m. on January 22. Among the other matches that have been altered this month are Liverpool vs. Chelsea, Tottenham vs. Arsenal, and Aston Villa vs. Leeds.