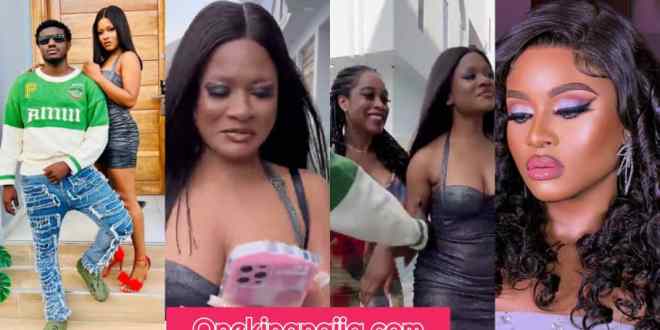 On his Twitter, Nasty Blaq teases fans while posting some images from the event.

Recall that some photographs of the BBNaija winner and the comedian has been trending on social media with many wondering what they are up to.

In a recent development, the skit is almost ready but nasty Blaq have not yet announced it release date.

Phyna has also posted a little part of her role on her Instagram story channel and she pleaded to many of her fans to help her get the skit to 15k comments.

Hot Post:  UCL: After a 3-0 loss to Benfica, Barcelona were relegated to the bottom of Group E.

Sighting the Video online, Many of her fans have showered praises on her as they claims that her acting skills is Top notch.

See some reactions below;

Phyna will eat skits money, hyping money, deals money and many more because she is not just a winner but she has talent and she has star power

Her Acting skill is Top notch

This my favorite will not k!ll me with laugh oo