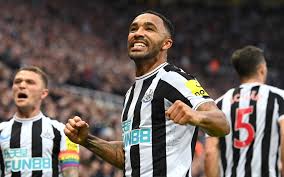 Callum Wilson, a striker for Newcastle, is questionable for the Magpies’ game against Chelsea.

Callum Wilson, a striker for Newcastle United, is questionable for this weekend’s game against Chelsea due to sickness. The 30-year-old was one of Gareth Southgate’s 26-man England squad’s more unexpected additions yesterday, but he might not get much match action before the World Cup.

Wilson, who had a cold the week before, was pulled off at halftime of Newcastle’s 4-1 victory over Southampton last Saturday. A week later, it seems that it hasn’t completely left his system because Toon manager Eddie Howe said he was questionable for the weekend match against Chelsea.

He told reporters during the pre-game press conference, “We will wait and see.” “This week, he has trained alone from the group. He has been absent from the group because of an illness. He has been working hard, but I must determine whether he is healthy enough to play.”

Hot Post:  Chelsea becomes first club in Premier League's History with the most wins in the opening games