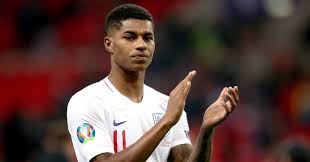 Former Lionesses forward Lianne Sanderson informed Marcus Rashford that he wasn’t good enough to be on the World Cup squad.

After a disappointing 2021/22 season, Rashford has recently found his form for Manchester United. In 16 appearances for the Red Devils so far, he has managed seven goals and three assists.

Lianne Sanderson, however, asserts that “Marcus Rashford has scored 100 goals for Manchester United, he’s only 25, he’s still young and he’s got a lot to contribute” since that isn’t enough.

“But in my opinion, he falls short. Maybe if you need to bring someone on after 70 minutes. But will Rashford score more goals for you than Ivan Toney? It is speculative.”

“Rashford hasn’t played with enough consistency. It’s almost as if he scores a goal and everyone starts calling for him to join the England team!” Sanderson elucidated.

“I’ve heard he ought to start for England,” someone exclaimed.

“I’m not sure if I would qualify as someone who would go there without a doubt. How can you explain to Callum Wilson or Ivan Toney that you won’t be chosen but that Rashford will be? They are players who frequently score goals.”

Marcus Rashford is in excellent form right now, scoring twice in his past three games. He recently added headers to his repertoire, thus both of his goals were headers as well.

The Manchester native has been eager to play down the middle for Manchester United this season, even though his best position may be on the left wing. It worked particularly well against Arsenal, as he scored twice in a 3-1 victory.

Toney and Wilson have 8 and 6 league goals each, respectively, compared to Rashford’s 4.

Ivan Toney has had an excellent season, with his hat-trick against Leeds serving as the season’s high point and a warning to England boss Gareth Southgate.

However, Callum Wilson is in excellent form, scoring three goals and dishing out an assist in his previous two league games as he captains Newcastle’s surprising Top 4 bid.

Despite trying to step outside of his comfort zone this season, Rashford is still very much a winger, while Toney and Wilson are seen as no. 9s.

This season, all three of these strikers have been in excellent form, giving Gareth Southgate a lot of trouble when choosing his team.

Even though all three of these players might not make it, it is quite improbable that they will all be traveling to Qatar.