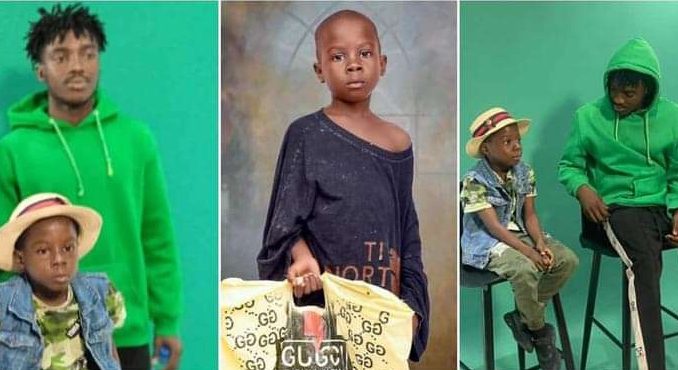 Enorense Victor, a famous kid also known as Kiriku, has won many fans on social media with his humorous performances. The seven-year-old, who is enrolled in second grade, has over a million Instagram followers. At the age of four, Kiriku and his older brother Umbrella Boy began appearing in skits in Edo State before deciding to move to Lagos State for better opportunities.

Kiriku, who seems not to be aware of his celebrity status, repeatedly went about to greet everyone present before he went to take his seat beside his brother. This was proof of his moral upbringing, which took everyone by surprise.

At the end of their shoot, Olumide Alake had a one-on-one conversation with Kiriku and his brother.

Since Kiriku was only 7 years old, his older brother, the creator of the sketch Umbrella Boy, had to speak in his place during a dialogue that was both fascinating and eye-opening.

The inspiration for their initial actions Umbrella Boy recalled how well-known blogger Tunde Ednut helped them become well-known on social media by repeatedly sharing their skits as he adopted Kiriku as his kid. This, according to Umbrella Boy, motivated them to do better. In his own words: “The encouragement and the manner people helped us are what motivate us. We were inspired to improve by the way social media personalities like Tunde Ednut continued to promote and share our films.

How Kiriku started featuring in skits Umbrella Boy revealed he has been doing skits alone since 2017 when he was at Auchi Polytechnic in Edo state. Upon completing his tertiary education, he returned home to his parents. He, however, stressed that whenever he was making his skit, Kiriku, who is his parents’ last child, was always observing him. He said: “I have been doing this skit alone since 2017 when I was at Auchi Polytechnic. After four years in school, I returned home, whenever I was shooting, Kiruku was always observing me. I was like ok, let me just try him, they were two, the both of them were my blood brothers, the same father the same mother, but Kiriku, who is our last born showed more interest while the other one was not serious, so I say let me focus on Kiriku, so that was how we started shooting.”

How working with Kiriku was like Umbrella Boy revealed Kiriku started skit-making at four, and it was difficult at first as he had to teach him his lines word by word. He, however, acknowledged the child celebrity has improved over the years. He said: “Kiriku joined me when he was 4 years old, he is now 7. When I started using him, he was not all that good with his lines, I have to teach him his lines over and over again” Kiriku’s .

Umbrella Boy lauded his brother’s impact on their skit-making career as he revealed he had only 50k followers before Kiriku came on board. He said: “Before Kiriku joined me I was at 50k followers, but immediately he joined me I moved to 100k followers and had to bring content that suit his age as I didn’t want to give him a skit above his mentality.”

How Kiriku started wearing big Polo Umbrella Boy shared the funny details behind Kiriku’s big polo signature he is known for. According to him, he had only bought the shirt, but it dawned on him that it would do better on Kiriku for their content creations.

Hot Post:  BBNaija Season 7: Fans were shock as Chichi, Phyna and Daniella make it to the finale

“I had to look for the skit that suit his age after his first skit. To make it easy for him I came up with his popular ‘Abeg shift’ slang. Then one day I look at my big polo and I was ‘Kiriku if you wear am e go fit you o’ so I just brought out the big polo I just bought and gave it to him to start wearing,” he said. The need for relocation to Lagos Umbrella Boy revealed they started making skits in Edo state, but after they went viral, they had to move closer to the country’s entertainment hub, which is Lagos.

“We started our skit in Edo state but after the boom on social media last year and the reception. So we felt it was time to move to Lagos since that is the entertainment hub. And that was how we kept pushing. Kiriku hit his 1 million followers in June this year,” he said. Kiriku’s education According to Umbrella Boy, Kiriku is in school and only does skits when he is back, contrary to the belief of many on social media. He said: “A lot of people think Kiriku is not educated that I pick him up from the street, and that is what a lot of people are still thinking till now. Kiriku is in Primary 2. To make it easy for him, I always do my skits around 5pm when he is back. I will shoot, edit and publish.”

He said: “By then he will be a big boy now and his mentality would have improved so I can give him roles that would suit him then. By then he can handle his own page, he can write scripts, organize and create his content.” Kiriku’s parent Umbrella Boy revealed their parents fully support their career as skit makers, adding that their dad shares their video. “Our parents are in full support, our father shares our video with his colleagues on social media. He is our biggest supporter,” he said.

Kiriku and his brother buy a brand-new car for their dad Kiriku and his brother showed their dad true love as they bought him a new car. The man got very emotional about it all. In a TikTok video, the kid comedian and his brother posed inside the car. At the start of the clip, Kiriku could be seen holding up the car key with joy. Some seconds after, people had already gathered around the vehicle to show the comedian much love. His brother was bathed in water to express joy. 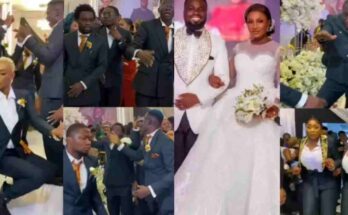 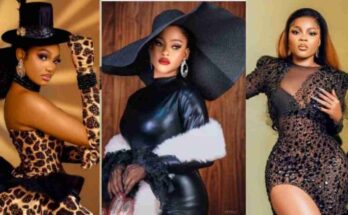 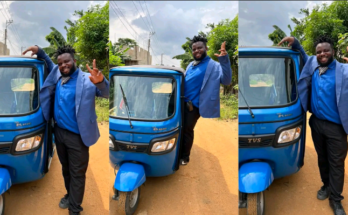