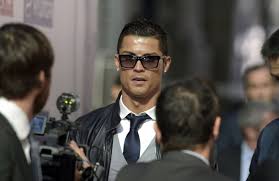 After this week’s bombshell interview with Piers Morgan, Cristiano Ronaldo will never play for Manchester United again, with the club’s management prepared to fire the Portuguese superstar.

Following Cristiano Ronaldo’s shocking comments in which he criticized Manchester United, the process of removing him has started.

Legal counsel has reportedly advised United that they have a legal basis to terminate Ronaldo’s contract for breach of contract.

Ronaldo stated he had little regard for United’s manager Erik ten Hag in his explosive TalkTV interview, where he claimed the club’s leadership was attempting to force him out.

Ronaldo’s contract, which still has six months to run, could be terminated by United on the basis that he has damaged the reputation of the team.

Ronaldo and his attorneys will undoubtedly file a lawsuit to oppose United’s decision, which will result in missed income of about £16 million for the 37-year-old superstar.

United released the following statement: “Manchester United took the proper action this morning in reaction to Cristiano Ronaldo’s most recent media appearance. Until this procedure is over, we won’t be adding any more commentary.”

Despite United’s refusal to elaborate on what they meant by “necessary steps,” sources claim they intend to punish Ronaldo to the hilt.

One of the many contentious statements Ronaldo made in his interview was that Manchester United had made “zero progress” since he left for Real Madrid in 2009.

After his incendiary interview, Cristiano Ronaldo has destroyed all of his relationships with Manchester United.

Hot Post:  The Glazers, who own Manchester United specify their asking price for the team - Report

In response to Ronaldo’s interview, in which he claimed the club “betrayed” him, United’s management, which includes owner Joel Glazer, chief executive Richard Arnold, football director John Murtough, and boss Ten Hag, have been in discussions about how to handle the player.

In response to Ronaldo’s refusal to enter the game against Tottenham and early departure from Old Trafford after United’s 2-0 victory, Ten Hag has advised managers that Ronaldo, 37, would never be allowed to play for him again.

According to insiders, Ronaldo’s teammates at United do not anticipate seeing him again after the World Cup because they have grown weary of his complaining and sulking over his alleged mistreatment.

Ronaldo was penalized by being left out of United’s squad for their Premier League trip to Chelsea last month after refusing to come off the bench against Spurs; Ten Hag claimed he had to do this to uphold discipline within his team.

Although Ronaldo excused his decision to sit out the match against Spurs on Instagram by citing “the heat of the moment,” his explosive interview with Piers Morgan has put an end to any chance of his being welcomed back into the United fold.

In response to Ronaldo’s interview, United said it will “examine its response after the complete facts have been discovered” and that the superstar’s contract should now be terminated as the only option.