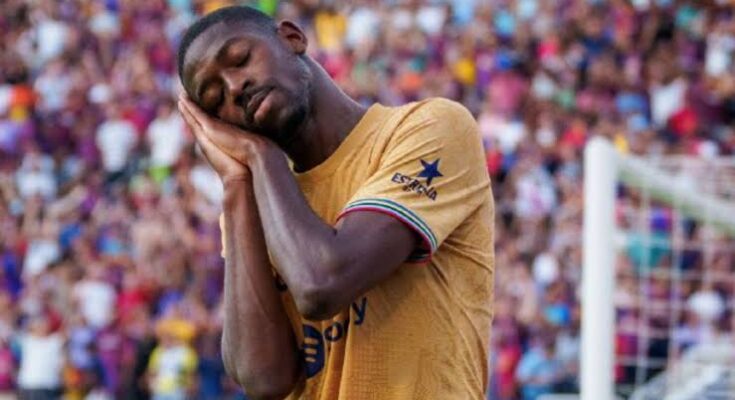 Dembele’s re-signing with the LaLiga team came without a signing bonus.

However, the two parties did agree to have a €50 million release clause that is effective next summer.

If that option is used, Dembele would receive half of the money as a way to defer payment without affecting the team’s current financial situation.

Dembele has also acknowledged that the five years he lost to injury-related setbacks were a waste of his life.

In an interview with RMC, Dembele discussed his difficulties keeping fit.

“Five years of my life have been lost. I had to put in work to play, stay fit, and gradually improve my performance.

I frequently suffer from hamstring injuries. The trainers emphasized to me that I would relapse if I didn’t put in more effort. I started to get better with Koeman, and things have gotten better with Xavi.

Hot Post:  UCL: Our best is not enough - Lewandowski reacts to Barca defeats to Bayern

When I first arrived at Barca, I was younger, so of course I went out, but not as frequently as some might think or say, according to Dembele.

2017 saw the €105 million transfer of Dembele from Borussia Dortmund to Barcelona.