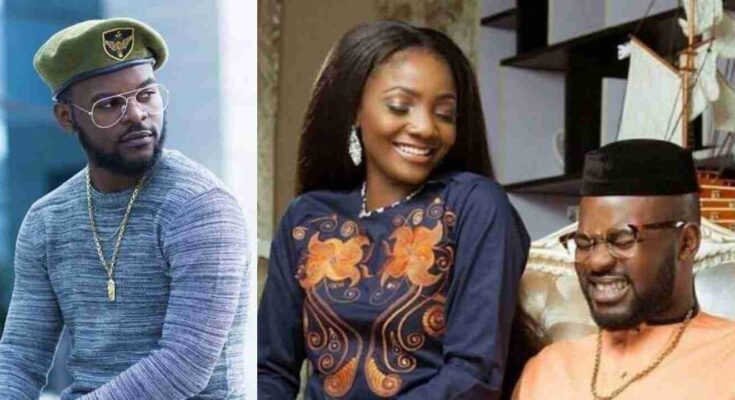 Simi and Falz, two Nigerian artists, were working so closely together in the 2016–2017 period that it nearly felt like a package deal. Their combined effort, “Chemistry,” which they worked on together and released, did amazingly well for each of their respective careers. People have frequently questioned how the two met because of how close they are together. Some people think they’ve known each other since they were young, while others thought they were friends before they entered the industry.

Falz revealed the true origins of his relationship with Simi in a recent interview with Beats and Sounds from Rwanda. He described how they grew close and eventually began working together as follows.

During the interview, Falz was asked “You’ve collaborated with so many people: Davido, Burna Boy, Olamide, Simi, how did the collaborations shape your musical journey?” he said:

Hot Post:  The rematch between Anthony Joshua and Usyk has been confirmed.

“You talked about working with Simi on Chemistry. Did you grow up together or did you guys meet in the industry?”

Hot Post:  ‘Please beg this resident side chick to leave my husband for me’ Actress Mercy Johnson cries out

We met in the industry oh. I swear. I heard her music. I think the first song I heard was a song called “Jamb Question”. I just reached out to her because as soon as I heard that song, it inspired something and I started writing to it and I wrote a verse straight away, immediately (laughs). So I reached out to her like yo, I have a verse for this song. She was like what? Well come on then, let’s do a remix. So we did a remix to Jamb Question and then we did the video. So from there, the working relationship was just so seamless. The chemistry was smooth, it was beautiful. There was no other name to call the album except from “Chemistry”.