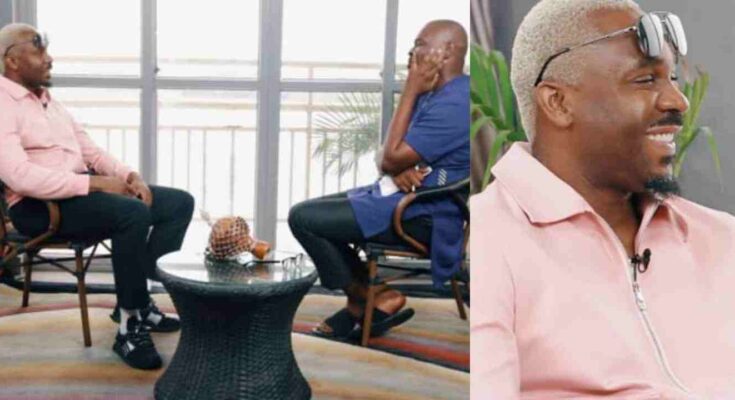 Pretty Mike is a club owner and socialite from Nigeria who is infamous for his provocative behavior in the entertainment industry. The media celebrity talked out about the first breakfast he had when he arrived in Nigeria in a recent interview with Chude. It’s a pretty interesting and wacky tale. Here are Pretty Mike’s words.

Explaining the ordeal to Chude, Pretty Mike opened up about the breakfast he was served saying:

In Abuja I met this young lady. You know I’m thinking I’m a fun guy, American guy. She went to Madonna University. We linked up. It was almost love at first sight or so I thought. So I think the first night from the club she decided to come home with me. We laid there in bed, I didn’t want to touch her because I was trying to be a gentleman. My cousin came out in the morning like Mike did you [knack?], I was like come on is that how you guys do it here? Nah, that’s wrong.

Hot Post:  “Why I disowned my mother and wished she spent 14 years in prison.” – Kemi Olunloyo’s son.

That’s my girl. For her to even come home with me the first night, that means she’s really feeling my swag and my style. My cousin was laughing at me like wow, this dude does not even understand. So one thing led to another, I started dating the girl and you know, we were having our fun. I think she stayed with me for like 2 weeks after that cuz she gave me this whole story of how she was done from her school, she was on holiday. So I’m feeling like mehn, she’s liking my vibe. So time for her to go back to school, I’m like alright na, so I will call you or when you get to school, call me. My cousin was like did you give her any money? I was like why would I have to give her any money? Like seriously? [laughs].

So I was like no, I didn’t give her any money and she didn’t say anything. I think my cousin went behind me and gave her some money. So we’re cool, we’re chilling, we’re talking. She’s in school blah blah blah. At some point, she came back to Lagos, I was in Lagos doing my thing. She said she came to visit me in Lagos, she came, visited, we’d chill. One thing led to another, she’s gone back to school. Then, I went to a club and lo and behold, I saw her there with this very older guy kissing and the guy was grabbing her ass. And I’m like this shawty told me she was going back to school. Like what is going on? It was so bad she couldn’t even come and say hi. So obviously she was with her chairman. She acted like she didn’t even know me. It was breakfast of the highest order.

Kai! That one na really breakfast of the highest order. He never could have seen it coming. What do you think about this story Pretty Mike told?