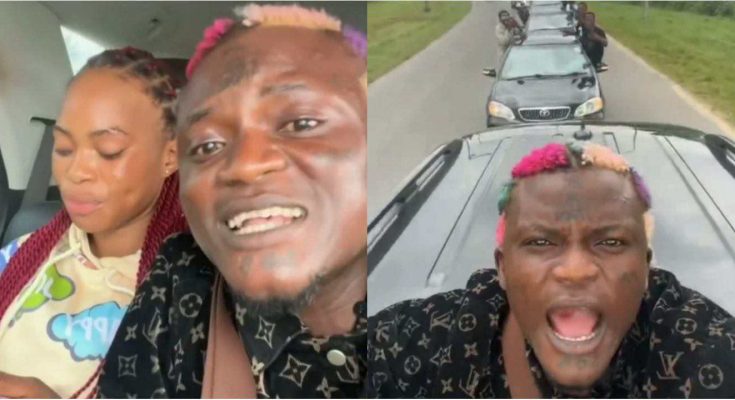 When he posts new videos of himself on social media, Portable, one of Nigeria’s most gifted musicians, knows how to get his followers’ attention.

As he drives in a convoy to Port Harcourt, Portable posted photos and videos to his official Instagram account for his followers to see. As soon as Portable arrived in Port Harcourt, he greeted his fans while standing on his car.

“Zazu dwell in Port-Harcourt,” the artist with dark complexion wrote as the video’s caption.

Portable pulled out large wads of cash and showered his followers with it. Portable got into his car and played around with his wife after he had done spraying the money.

As soon as Portable’s video went viral online, many of his fans flocked to the comment section underneath the clip to share their thoughts.