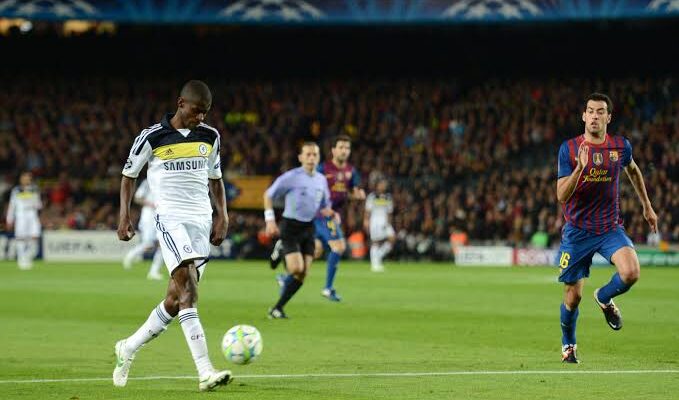 Ramires, a former Chelsea midfielder, has declared his retirement from the game at the age of 35.

The 35-year-old midfielder took to Instagram to provide an emotional reflection on his career, which included 248 matches for Premier League powerhouse Chelsea as well as victories in the Premier League, Champions League, and FA Cup.

“I would like to inform you that I have formally decided to end my career as a professional football player,” he wrote. “After some reflection.

“At this point, I can only express my gratitude to God for having prepared me and guided me to the pinnacles of athletic achievement. Many thanks to all the clubs I’ve been a part of; you and your supporters will always have a special place in my heart.

Thank you to the Brazilian football team as well for allowing me to fulfill a lifelong ambition by competing in two World Cups. I’m also appreciative of all the colleagues, workers, coaches, and directors I had the pleasure of working with.

“To my family, mother, kids, brothers, and true friends, I’d want to express my sincere gratitude for your unwavering support throughout the years. You have always been my biggest source of inspiration and strength.

“I will travel in different directions, but I will do so with the same joy and bravery that I have always had when I was a young child and left my home city of Rio de Janeiro for the countryside to conquer the world. Thank you, football, for everything! ”

Before signing a five-year deal with Portuguese powerhouse Benfica, Ramires began his career with Cruzeiro in Brazil.

He quickly became a crucial part of Jorge Jesus’ team, but after just one season, he left the Estadio da Luz to sign with Premier League team Chelsea, who spent about £20 million to do so.

Hot Post:  EPL: Callum Hudson-Odoi discloses the chat he had with Todd Boehly prior to authorizing Chelsea's transfer out - Report

The Brazilian quickly won over the Stamford Bridge faithful, establishing a reputation as a relentless, dependable midfielder with players like Michael Essien, Frank Lampard, and John Obi Mikel.