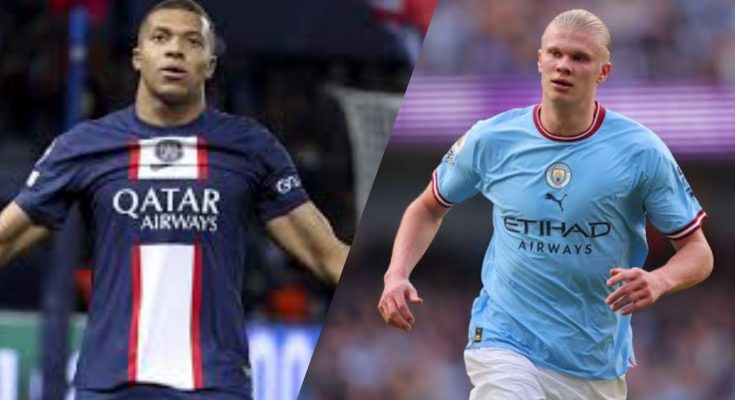 Erling Haaland of Manchester City, the top goal scorer in the Premier League currently, has dethroned Kylian Mbappe of Paris Saint-Germain as the most valuable player in the world.

Erling Haaland of Manchester City has excelled at the Etihad Stadium.
Erling Haaland has knocked Kylian Mbappe off the top spot as the world’s most valuable player.

The Manchester City forward is now the most pricey footballer on the planet, according to Transfermarkt, with Paris Saint-Germain striker Kylian Mbappe now in second place.

It means that the former Borussia Dortmund star is the first player in the English top flight to be in the first place since Cristiano Ronaldo, when he was in his first tenure at Manchester United in 2009 and joint top with Lionel Messi.

Haaland moved from the German powerhouses to City this summer after they activated his release clause, which was worth approximately £64 million.

The attacker was worth approximately £130 million at this time at the start of the season. But following his astounding form this campaign, he has now shot up as the most valuable player in the world, with a price tag of just under £150million – while Mbappe is valued slightly less at £140milllion.

Erling Haaland dethroned Kylian Mbappe as the best player.
Nobody anticipated such an extraordinary run of form. In the Bundesliga for Dortmund, he scored 62 goals in 67 games, but he is now on a potentially record-breaking run, hitting 17 goals in 11 league games for Pep Guardiola’s side ahead of their match with Brentford today.

“Should Haaland stay clear of injuries and be able to maintain his form at least to some extent, he will go even higher in the future,” Daniel Busch, Area Manager Transfermarkt UK, said. “A rumoured €200 million exit clause, which reportedly can be triggered by foreign clubs in the summer of 2024, already seems too low from Man City’s point of view.”