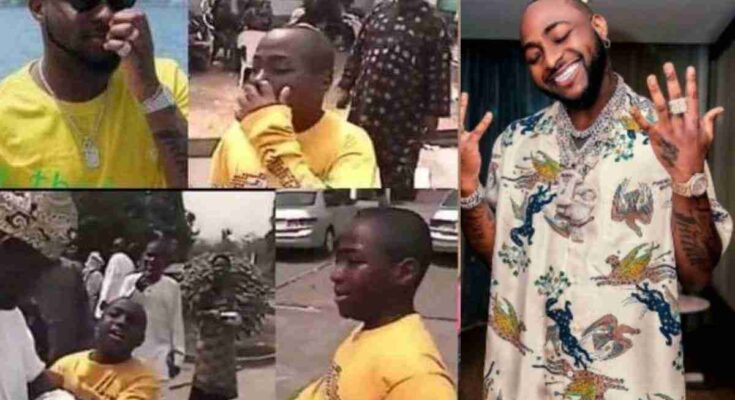 Davido, a well-known singer from Nigeria, is one of the few famous people who has a cute unconscious behavior that many people find endearing.

A throwback video has revealed that the singer developed the habit of lightly touching his nose as a child. This is especially true when he is speaking.

Hot Post:  “I Don’t Know Why The EFCC Are So Jobless” – Mompha Blows Hot, Accuses Agency Of Extortion

At the video, a much younger Davido was being interviewed as he gave an explanation for the origins of some of the vehicles in his father’s expansive property.

The singer could be seen with his father in the company of some other individuals as they took a walk.

Davido touched his nose as he spoke, and many people found it adorable.

The video caught the attention of cybernauts due to his nose-rubbing habit which clearly shows that it is an inborn trait.