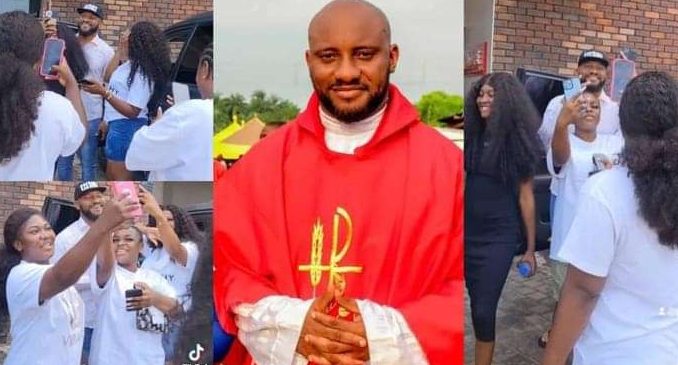 Yul Edochie, a Nollywood actor, has offered followers a peek inside his normal life as a famous person with tons of female fans.

The father of five posted a video of his female followers suffocating him.

Yul claimed that whenever he leaves the house, this happens.

Yul praised his followers, calling them the best.

Yul Edochie boasted about his physical appeal, stating that his supporters concur that he has a pleasant appearance and that he is young-looking.

The father of two said that he was a guy after God’s own heart.

The film producer observed that God only chooses the greatest to serve Him.

This is what happens anytime I step out. My fans are the best. Their love is too much. Nwoke bu watermelon. The man is too fresh. Even my fans dey confirm am. A man after God’s own heart. God always picks the best to work for him”.

Yul Edochie had a word for those questioning his decision to be a Minister of God.

The actor gave a perfect response to those criticising his ministerial calling.

Days back, the controversial actor had shocked many when he announced his calling into Ministry.

Yul, received lots of criticisms as many tagged him unfit to do God’s work.

Reacting to it, Yul stated that no one can understand why God chose him.

Bragging, Yul stated that he isn’t the regular Minister of God that would teach them what they want to hear and make money off them.

According to him, he was chosen by God to tell his people the truth and that truth is LOVE.

Actor Yul Edochie was in the news again as he announced his calling into Ministry.

Yul, took many by surprise as he announced, is calling to be a Minister of God.

The controversial actor, who has lost the respect of many following his adulterous lifestyle, is set to venture into ministry.

In a video shared on his Facebook page, Yul Edochie disclosed that he has a strong calling into Ministry, to serve God.

He claimed he was called a long time ago into ministry, but he felt the time wasn’t right.

However, the actor is ready to accept his calling and venture into ministry. 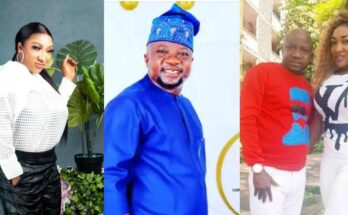