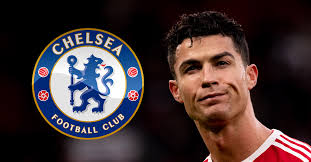 According to rumours, CHELSEA has rekindled their interest in Manchester United star Cristiano Ronaldo.

The striker was linked to the Blues throughout the summer, but they later lost interest.

However, The Mirror reports that if Chelsea is having trouble scoring goals, they may turn to Ronaldo.

The Blues won’t approach the superstar, though, unless United fires him first.

The executives of the Red Devils have threatened to take legal action against Ronaldo, age 37, and are prepared to break up his contract.

But first, they require legal assurance that they can end Ronaldo’s contract without paying him a dime.

According to reports, United may even sue Ronaldo over claims that his recent remarks have hurt the team’s brand and cost them money.

Hot Post:  Chelsea is rated as the 5th best club in the world based on recent performance - Report

In a shocking interview with SunSport journalist Piers Morgan, Ronaldo criticized the club’s management over the previous ten years.

The club, according to the Portuguese, has not advanced since Sir Alex Ferguson left in 2013.

He also said he did not respect Erik ten Hag and criticized the club’s choice of interim manager Ralf Rangnick last season.

In response, United issued a statement that read: “Manchester United takes note of the media coverage of a Cristiano Ronaldo interview.

“After all of the facts are known, the club will think about its response.

Our attention is still on getting ready for the second half of the season and maintaining the spirit of camaraderie that is developing among the players, coach, staff, and supporters.