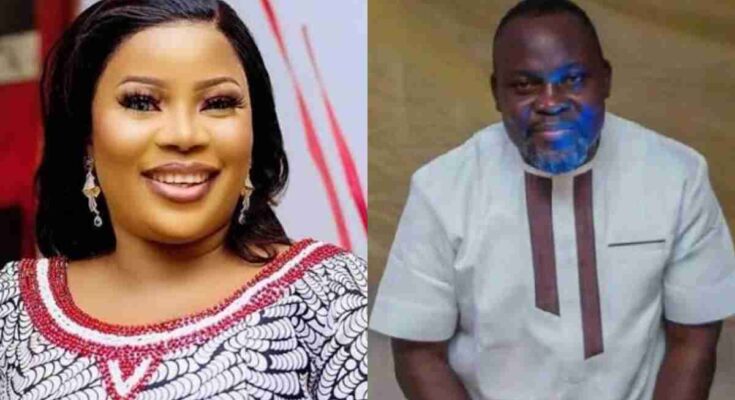 well-known Nollywood Seyi Edun, the wife of Yoruba actor and film producer Adeniyi Johnson, who is now on holiday in South Africa, has expressed her sorrow over the passing of her boss, Gbatamin. She posted a photo of her recently deceased boss on her Instagram page along with an announcement of his passing. May his kind soul find eternal peace.

While mourning the death of her Boss, she captioned,” RIP Boss, can’t believe this! Haa Gbatamin”.

Her full name is Oluwaseyi Edun, but she is better known by her screen name Seyi Edun. She is a Nigerian Nollywood actress, producer, writer, and filmmaker as well as a brand ambassador and influencer. She leads Shaiworld Entertainment as CEO as well. She is recognized for her work in Yoruba motion pictures. She is a stunning, imaginative, gifted, and extraordinarily accomplished actress who excels at playing various parts. Adeniyi Johnson, her spouse and a fellow employee, and she are happily married.

Hot Post:  Happily Married Yoruba Actresses You Will Never See Them Talk About Thier Husband in Public [PhotoS]

Her coworkers, including Funke Etti, Adekola Tijani, Bimbo Oshin, Mistura Asunramu, and Jamiu Azeez, as well as supporters, have all left comments.