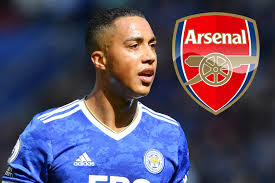 Youri Tielemans, a midfielder for Leicester City, is still a target for Arsenal in the January transfer window.

In their forthcoming January transfer window pursuit of Leicester City midfielder Tielemans, Arsenal has received a significant boost. As they continue to make a push for first place in the standings, the Gunners may be one of the more active teams in the winter market.

Injury problems in the early going of the season have made squad depth a worry if they wish to compete for the title late in the season. A loss to Brighton in the Carabao Cup may have caused problems, and the fringe players may be less likely to play in the later stages of the Europa League, necessitating more from those who start in all competitions. However, this hasn’t yet directly correlated to league form.

Manager Mikel Arteta discussed the future plans as January drew near. “That period’s planning is quite challenging,” he remarked.

“First of all, since we are aware of the January window, how unique it is, the potential it presents, and how brief it is. Once the player is acquired, they immediately begin to compete, therefore there is no adaptation period.

“And certainly, given the situation we are in right now, another level of player is needed, and that guy must be accessible. We’ll examine everything, then let’s see what we can accomplish.

Given Arteta’s failure to sign Aston Villa star Douglas Luiz on deadline day in the summer, the midfield may be one area that is examined. Subsequently the Brazilian has since agreed to a new contract, attention may now go to other areas in search of depth.

As he approaches the final months of his contract, Leicester City midfielder Tielemans, who is frequently linked with a move to the Emirates Stadium, could be one of those targets. The Daily Mail reports that the Foxes are sure they can tie the Belgian down to a new contract, despite the possibility that he may move for free or for less than market value in January.

While it might end up being a major setback for the Gunners, Fabrizio Romano asserts that there are other intentions for the midfielder. “The aim for Tielemans is to find a new club on a free transfer, there are still no changes on this,” he said in a statement to CaughtOffside.

“I believe Arsenal had a terrific opportunity to sign him last summer, but they chose to pursue a different course of action, and results have been fantastic thus far… We therefore cannot objectively evaluate any negative aspects of Arsenal.

It is unknown whether the north London team will make their move to sign Tielemans in January, but it may provide them the extra edge they need to win the title.