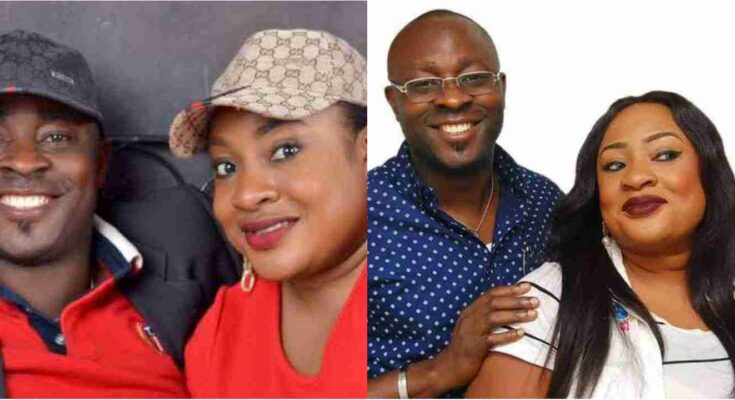 The news that his wife, Foluke Daramola, a well-known Nollywood actress and Grammy-winning producer, is a member of the All Progressives Congress has prompted a response from Olukayode Salako, the chairman of the Labour Party in Lagos State.

Mr. Olukayode Salako, a former chieftain of the All Progressives Congress, responded to the situation in an exclusive interview with The Punch Newspaper by saying that his wife has always supported Bola Ahmed Tinubu’s political system.

He added that his wife, Foluke Daramola, had made a name for herself in the All Progressives Congress system and that he had been a part of it as well before defecting to the Labour Party.

Political gladiator who is well-known said: “She currently has a lot of advantages and prospects, which she cannot simply give up and claim she is joining the Labour Party with her husband. Such a choice requires considerable deliberation, persuasion, and encouragement “.

Gossipinfo Recalled That Actress Foluke Daramola has stated that she is unable to end her marriage to OluKayode Salako due to infidelity.

On Thursday night, the Yoruba movie actress made this comment on the blog post’s Instagram comments section.

The post read: “If your husband slept with a rich woman because of 20m and he transfers 7m to your account and later confessed to you will you divorce him?”

Hot Post:  ‘All Jaruma girls are coming for your lover’ Jaruma continues to slams BBN’s Maria for displaying his expensive car and wrist watch