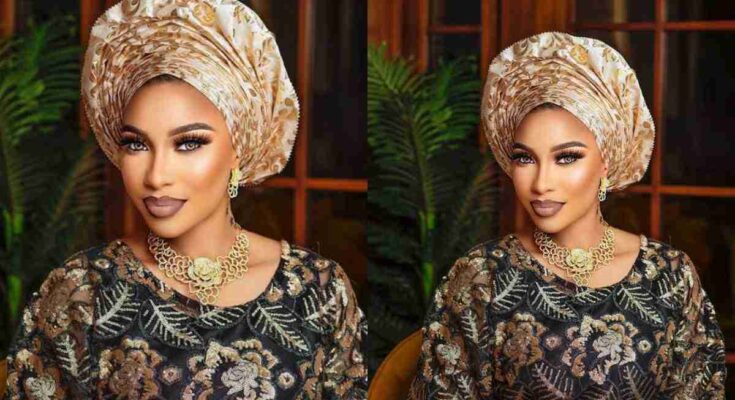 After posting a brand-new, stunning picture of herself on her official Instagram profile, famed Nigerian actress Tonto Dikeh received a lot of feedback from her fans and followers.

Tonto Dikeh is the type of person who enjoys showcasing her natural beauty online, and she did it again when she showed up wearing an attractive clothing and head tie that accentuated her beauty. Below is the image that she posted to Instagram.

While she was sharing the beautiful photo on her official Instagram page she wrote an interesting caption that says” Gender equality is more than a goal in itself. it is a precondition for meeting the challenge of reducing poverty, promoting sustainable development, and building good governance she stated.

Hot Post:  How Tonto Dikeh has made names for herself in film industry and humanitarian services

Tonto Dikeh is one of the Nollywood actresses who have decided to go into politics, she is the Deputy Governorship candidate of ADC ahead of the 2023 Election In Rivers State.

Hot Post:  "We go apart to understand the value of getting back together” Ayo Makun eulogises Psquare