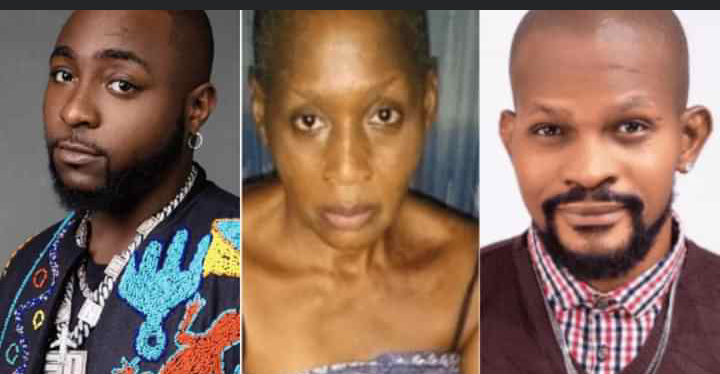 This comes after Kemi Olunloyo criticized Davido on social media for losing his first son, Ifeanyi.

According to rumors, Kemi Olunloyo criticized Davido and Chioma, his lover, on her blog after their son died.

According to Kemi, the Adeleke family is cursed, and Chioma, an Igbo girl, added further curses to the list.

Many Nigerians were not pleased with this, thus Uche Maduagwu made the decision to go after her.

He warned Kemi Olunloyo that she would reap what she had sown while cursing her.

He wrote: “Any 58 yeas old person rejoicing at those mourning get ancestral curse following am like Google map. God tell me say na for bus stop you go sidon dey beg akara and 20 naira to chop at 60 for all your lie at Davido, Chioma and the great Ifeanyi. Wetin you sow, you go reap. Can I hear amen.”

Hot Post:  ‘Does comedy give this kind of money’ – Nigerians ask as Instagram comedian, SirBalo buys another N100m mansion in Abuja

His fans and followers flooded his comment section with “amen”.