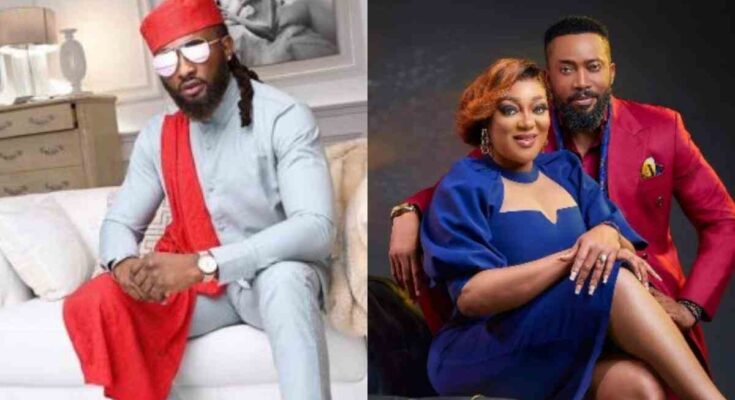 Actress Peggy Ovire was mocked by media personality Uti Nwachukwu for lying about her relationship with Frederick Leonard, a work colleague.

In a ceremony attended by many celebrities, Peggy and Frederick were wed in Delta State.

A few hours prior to the occasion, Peggy posted a picture of the two of them cuddling on her Instagram page, calling their union a miracle.
She penned:

Hot Post:  Fan Pray for Funke Akindele as her 8years of marriage is about to crash

This love that we share is almost miraculous. Knowing that you are the person I was meant to spend the rest of my life with is incredibly simple—diamonds are forever, and so is our love!

“May we always put GOD First in Our Marriage & May Our Lives be Sweeter than honey. Let’s do this Baby. I Love You

Uti Nwachukwu, who adores the couple, claimed Peggy lied to him, recalling an interview in which the Nollywood actress claimed she and Frederick were just friends.

Some social media users confirmed that they saw the interview in which Peggy denied dating her colleague, Frederick. 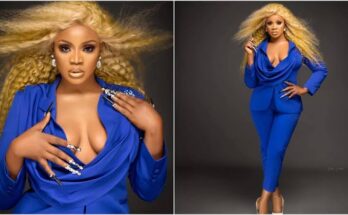