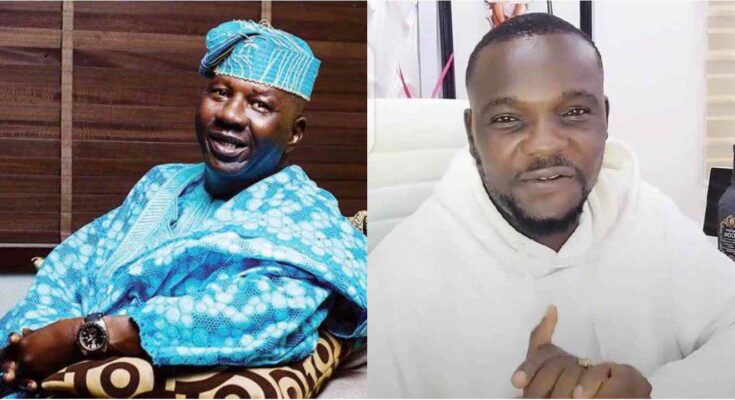 One year after the passing of comedian and actor Babatunde Omidina, better known by his stage name Babasuwe, popular Nollywood actor and director Yomi Fabiyi paid tribute to him. Following a brief illness, Babatunde Omidina passed away precisely one year ago today, on November 22, 2022, and Yomi Fabiyi posted a photo of Babasuwe on his Instagram page to mourn him. May his kind soul find eternal peace.

Hot Post:  "Wetin we no go see" Bride in shock as her groom arrives wedding venue in a coffin dancing happily (Video)

In his message, Yomi Fabiyi disclosed that the hurt in his heart is still raw. He claimed that Babasuwe provided housing, food, correction, reprimand, drilling, and even enabled him to use his platform to find and carve his own. He hoped that God would give him more time to rest in paradise.

Babatunde Omidina, popularly known as Babasuwe, was a Yoruba actor, comedian, and film producer from Nigeria. Before his passing, he had a long and active acting career. He has appeared in a number of Nigerian Nollywood Yoruba films. On November 22, 2021, he passed away.