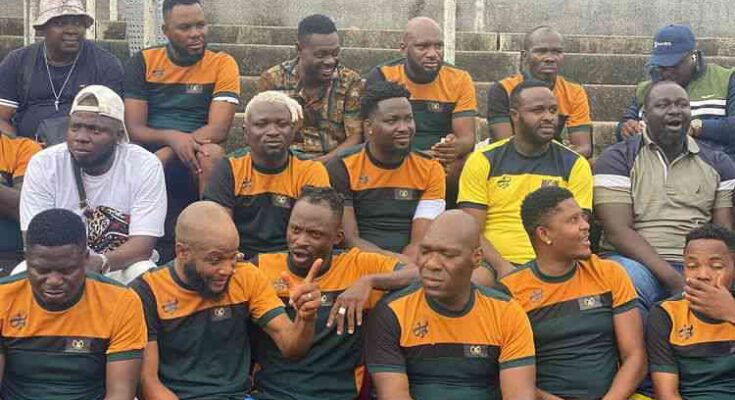 Popular actor and director Femi Adebayo has used his official social media account to post adorable pictures of himself and other top Nollywood stars as they compete in a friendly game at the National Stadium in Surulere, Lagos.

On the football field, they enjoyed themselves while making priceless memories. They act as an association in the Yoruba film industry, among other things.

“Each time you hook up with outstanding minds, your peace of mind is definitely secured,” Femi Adebayo stated. As fans and celebrities marvelled over these beautiful photographs, there were comments online. They also offered heartfelt compliments since they admired them.

Hot Post:  "Feel like telling the whole world how it started" Nollywood Actor,Femi Adebayo say as he Celebrates his beautiful wife 40th birthday (photos and video)