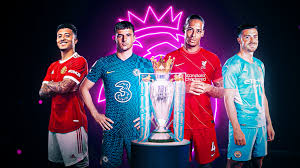 The title race between Manchester City and Arsenal appears to be significantly different from the Blues’ recent encounters with Liverpool FC.

Last year, Manchester City defeated Arsenal in a thrilling game at the Emirates thanks to a goal from Rodri.

The battle for the Premier League championship in 2021–2022 between Manchester City and Liverpool was intense. After a thrilling comeback victory over Aston Villa in the last game, City won the Premier League for the fourth time in the previous five years.

The City and Liverpool teams of the 2021/22 season played in a number of ways that were quite comparable. They both took pleasure in controlling the ball and stifling their opponents by playing a style of football that demands a tremendous amount of intensity.

Due in part to these parallels, Liverpool and Manchester City’s two Premier League games against each other last season ended in 2-2 draws, but their FA Cup semifinal witnessed a tight 3-2 victory for eventual cup winners Liverpool.

current champions We don’t yet know how a match between City and Arsenal would play out because they haven’t met this season. Arsenal are currently leading the league. However, the statistics indicate that this matchup will be very dissimilar from what City faced last season against Liverpool. The Premier League’s highest scorers last year were Manchester City, who finished with an astounding 99 goals. Liverpool, with 94 goals overall, came in second place.

Last season, City and Liverpool were closely matched when it came to passes that were successfully completed, with City topping the Premier League’s record and Liverpool coming in third.

The style gap between City and the Arsenal team most likely to steal the Premier League trophy from Guardiola’s team presents a distinct challenge for City this season. With 8,542 passes completed, Manchester City is by far the league’s best passing team. Arsenal is ranked sixth in the Premier League with 6,230 passes completed. Arsenal is ranked second in the division in terms of goal scoring after City.

Both sides are thus professional. But there are significant discrepancies between the two sides. Compared to Manchester City, Arsenal has held one more clean sheet and allows fewer goals per 90 minutes. Even if both of these statistics slightly favor Arsenal, it is precisely these kinds of tiny differences that matter most when two elite teams compete against one another. In terms of attacking statistics, City has the advantage while Arsenal performs better.

Hot Post:  Many hotels in Qatar are refusing to pay the £24k broadcast fee, which might prevent fans from watching World Cup games on television - Report

This is in contrast to last season, when both Manchester City and Liverpool, their closest rival, were better at attacking than defending. Manchester City may find it challenging to get past Arsenal, but De Bruyne and Haaland can create havoc against any defense.

Fans of the Premier League should buckle up for a title race between City and Arsenal that could be close and for games between the two teams that could be crucial.