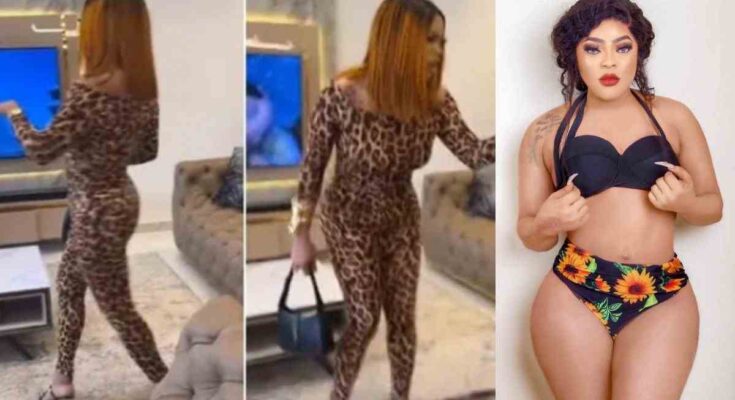 Online comments to a recent video of well-known crossdresser Bobrisky showing off his behind have been extremely strong.

Although the crossdresser was featured in a video promoting a product, online users were more intrigued by his physique type. In the video, he moved around while wearing a bodyhug jumpsuit. Some people commented that his behind appeared to be significantly smaller than what he typically displays on his Instagram page, while others expressed their thoughts on his skin.

Bobrisky is well known for flaunting his backside on Instagram after making the public aware of the surgical body enhancement procedures he underwent.

Hot Post:  'I’m Olosho like your mother, but she’s the cheapest’ Actress Iyabo Ojo fights dirty with man who called her prostitute

Hot Post:  “I’m About To Snatch Him, His Girlfriend Should Shift” – Bobrisky Gushes Over Young Man