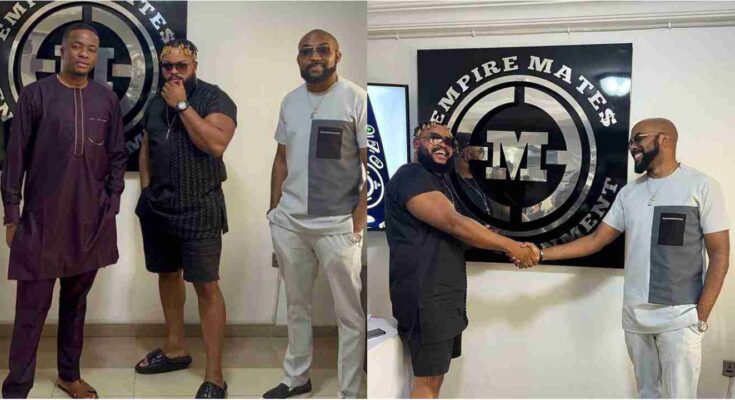 The reality television personality posted images of himself and Banky W on his own Instagram page today, Tuesday, September 20, 2022, along with the caption: “Since we are here,

decent hands allow the music to flow “, and it elicited a strong response from his fans, watchers, and followers. Many people congratulated him in the comments area.

The Big Brother Naija Season 6 winner was plainly visible in the photographs above at the EME headquarters in Lagos State. He was also seen shaking hands with Banky and

Hot Post:  ‘Your life is too fake’ – Fans condemn Bobrisky for flashing N20m weekend money he allegedly got from his married boyfriend

They both had beautiful smiles on their faces, which drastically changed how they appeared. A screenshot of some of the responses from the general public is shown below.