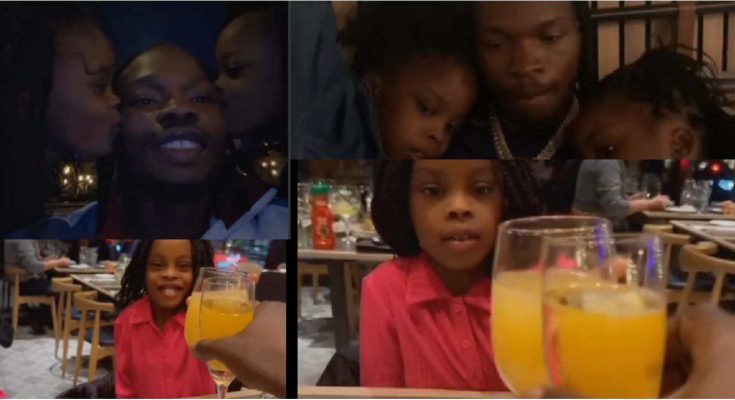 Naira Marley, a well-known musician and songwriter, used his official social media account to share a sweet video with his twin daughters who reside in the UK.

Beautiful moments that Naira Marley and his twins shared over the course of several seasons and eras were documented on film. Naira was observed having fun with them in a fine dining establishment as well as at their home and amusement park. Fans couldn’t help but fawn over these stunning scenes since they are so lovely to behold.

Hot Post:  “Thanks for cleaning my tears” Janemena Sends Public Message To Her Husband Following The Video Tape Saga With Kpokpogri

It was really enjoyable to observe him serve fatherly objectives in this video. The bond Naira has with his kids is priceless. Despite having numerous kids, he still makes time to spend time with each one of them and show them affection.

Naira said, “It’s safe to call it a double date”.

Online comments were sparked by this video as admiration from fans and celebs. They also left lovely comments and used love emojis.

Many referred to him as the twins’ father and expressed their affection for his family.