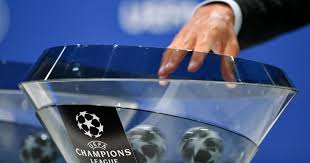 Manchester City is getting ready to learn who their UEFA Champions League opponents will be in the round of 16.

Today will see the draw for the Champions League’s round of 16.

This morning, Manchester City will learn their opponents in the UEFA Champions League round of 16.

City will be one of the four Premier League clubs in the draw, which will be made at 11 a.m. GMT in Nyon, Switzerland. With ease, the Blues won Group G of the competition this season and advanced to the knockout rounds.

They drew two of their other two group games while winning four of them. They outperformed Borussia Dortmund by a margin of five points to win the group.

With a spirited 3-1 victory over Sevilla at the Etihad Stadium on Wednesday night, Pep Guardiola’s team completed their group stage schedule. After falling behind 1-0 at the half, City came back in the second half with goals from Riyad Mahrez, Julian Alvarez, and young Rico Lewis.

Hot Post:  Yakubu Aiyegbeni makes a commitment to not apologise to Nigerians for his error against South Korea.

Since it is the lone title still missing from their trophy cabinet, City, which might be matched up against one of seven clubs in the draw, including French powerhouses Paris Saint-Germain, has dreams of winning the competition this season. Last year, they advanced to the semi-final round before being eliminated by Real Madrid, losing 6-5 on aggregate.

Hot Post:  Liverpool are in lead in pursuit of a Real Madrid target.