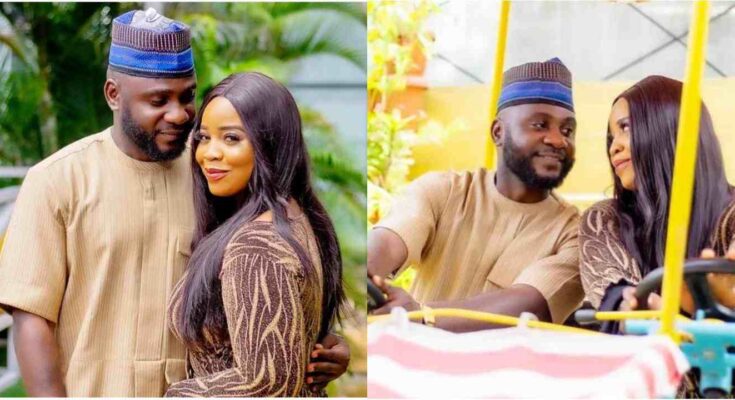 Blessing Akionla, a well-known Yoruba film actress, used her most recent Instagram post to share affectionate images of herself and well-known actor Jide Awobona. The actress posted a lovely moment on Instagram where she could be seen having fun with the actor. When her followers saw the message, they were compelled to respond, and they rapidly posted their thoughts on her page.

Hot Post:  “I’m Only Sure of one Out of the 4 Children” Even with That I’m still trying my best on all of them – Actors Itele Spills (Details)

She was observed having fun with the actor on this particular occasion, and they both seemed at ease being around one another. She arrived with a lovely hairstyle that accentuated her beauty. She showed up wearing a stunning gown that suited her well. She put on well-done, complementary makeup on her face.

“The effect of the venom can still be felt after so many years if it’s still fresh on the mind,” she wrote in the description of her post. Her fans paid close attention to this caption because of how swiftly they responded to it with her images.

The two of them had been introduced while filming a scene where they would appear as lovers. Some of her fans who saw the post responded favourably to it, saying how impressed they were to see the two of them in the same movie.