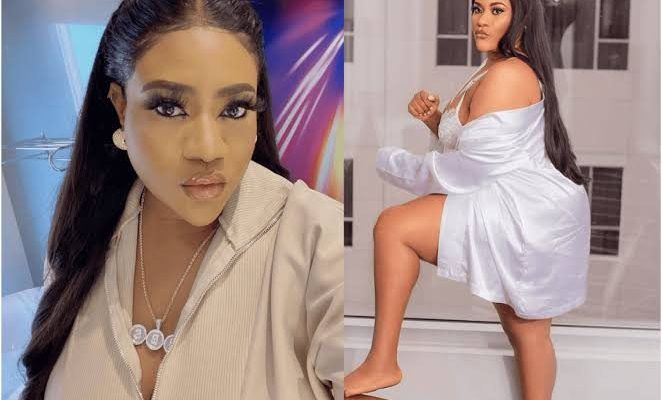 blessing of Nkechi The enemies of Sunday, who just revealed that she is not flaunting her partner to raise tension, have been silenced.

The controversial actress addressed her critics on her Instagram page by saying that some people get upset when they see that she isn’t going through any pain. She added that God blesses her and that she is a child of God.

Hot Post:  i dey fvck girls, i be L3sbian see my instrument – Angy Nkechi Blessing Mistakenly Exposed herself during messy breakup with her husband (Video)

She wrote: *They get m*d when they see you ain’t suffering the way they expect you to. I am a Child of GOD dear, he blesses me regardless

According to Nkechi Blessing, she is not displaying her man to embarrass anyone.

According to Gossipinfo News, Nkechi Blessing told her admirers that she is not flaunting her new boyfriend on social media.

Hot Post:  “It not easy at all, I hope my son doesn’t forget my face” Nkechi Blessing laments over the challenges of being a working mum

Taking to her Instagram story, Nkechi Blessing who has been flaunting the new love of her life following her messy break-up from ex-boyfriend and Ekiti State politician, Opeyemi Falegan told her fans she dislikes how the “pepper dem” typed on her post.

She wrote: “I h*te it when I post stuff and people type* pepper dem**abeg pepper who? Abeg make una stop am, I am not here to pepper anybody I am simply doing ME tainks!!!”