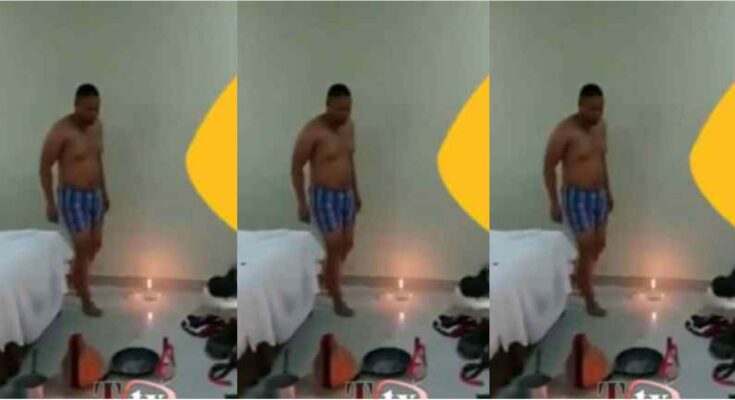 The moment a man walked in on his very pregnant wife [email protected] down with another man on their marital bed is captured in a viral video.

When he unexpectedly arrived home, he saw his wife, simply known as Martha, having s#x with the man who was thought to be a [email protected]

The incident’s specifics are hazy, but the viral footage reveals that the room was lighted with candles and other f£tish materials.

Woman Stir Reaction As She Lift Her Baby With Her Legs

Gossipinfo Recalled That A touching TikTok video of a physically challenged mother carrying her infant on her legs was posted on August 29 by Gaby Monila. The mother is shown lifting the infant with her legs to a couch. The moving video has gained more than 13.3 million views, more than 385 thousand likes, and more than 10,000 shares since going viral.

Users of TikTok have become emotional after watching a video of a mother without hands. On August 8, Gaby Monila uploaded a brief video to the platform in which she can be seen lifting her infant with her legs.

Watch the videos below;