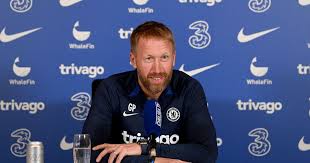 The Premier League table since Graham Potter’s appointment indicates that Chelsea’s newest manager has had a mixed first season.

Chelsea lost 1-0 at Newcastle in their most recent game, despite starting off well and topping their Champions League group.

They have now gone five Premier League games without a victory, something the Blues last did in 2012. Chelsea are currently in eighth place and are eight points out of the Champions League spots going into the World Cup break.

When club football resumes near the end of December, Potter, who is coming under increasing pressure, urged Chelsea to “regroup and go again” after the game.

You have 13 matches in six weeks, many of which are away from home, for various reasons, he remarked. It has been difficult, but it is what it is. Now that we’ve had a break, we need to recharge.

“It is what it is for us in terms of what we’ve experienced during an extremely hectic era. We must focus on the good. Many of the boys will be away, but we can take a break, regroup, and leave again after we return.

Hot Post:  EPL: How Haaland reacts when I told him to join Arsenal - Odegaard

Even if Potter’s team struggled to produce anything noteworthy in a reasonably cautious performance at St James’ Park, injuries to key players haven’t helped much either.

And some Chelsea fans are already questioning whether the former Brighton manager will be as successful at Stamford Bridge as his predecessor Thomas Tuchel.

In order to evaluate Potter’s performance in the Premier League since taking over at Chelsea in September 2022, we crunched the stats.