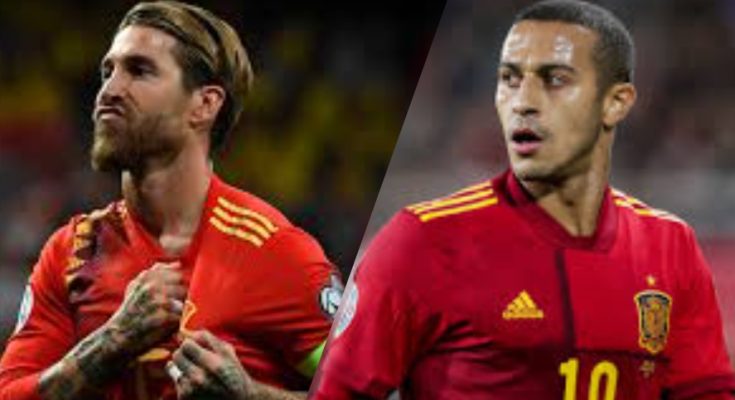 Thiago Alcantara and Sergio Ramos were not included in Spain’s World Cup roster as Luis Enrique chose a younger team for Qatar.

Managers have begun revealing their teams this week with just over a week till the World Cup kicks off, with several surprises popping up all over the place.

Gareth Southgate left out Fikayo Tomori, much to the dismay of England fans, but at least he included James Maddison, which made everyone happy.

It was Luis Enrique’s turn to reveal his team on Friday as Spain sought to defend the title they had won in 2010 during their era of dominance.

The fact that the Spain manager can leave out PSG’s Ramos and Liverpool midfielder Thiago shows what a talented group of players he has at his disposal.

Given that neither man has recently been selected for the national team, it may not be a major surprise that they were left out.


However, Thiago hasn’t actually played for the team since the summer of 2021, when they competed in the Euros.

Since the nation lost to eventual champion Italy in the semifinals, the Barcelona duo of Gavi and Pedri have excelled, and Carlos Soler and Rodri have also grown in importance for their clubs’ teams.

Alcantara’s absence from the Qatar trip will undoubtedly please Liverpool supporters, especially in light of his recent injury history with the club.

They’ll play Manchester City in the Carabao Cup just a few days after the competition is over, and then Premier League games will resume the following weekend.

Ramos hasn’t played since March, despite having participated in two of the country’s World Cup qualifiers earlier this year for Luis Enrique’s team.

His defensive teammate from the most recent of those competitions, Gerard Pique, retired from football last week. He was a member of the group that won the Euros in 2008, 2012, and the World Cup in 2010.

Along with the obvious absences, Spain failed to select Marc Cucurella, a full back who mentioned the World Cup as one of the factors in his decision to switch from Brighton to Chelsea in the summer.