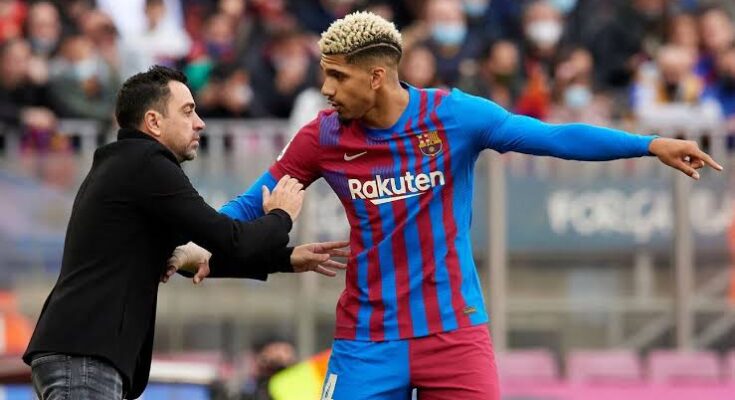 Following their victory over Elche, the five-time European champions will play Mallorca in the following La Liga match. As of now in La Liga, the Spanish powerhouses are unbeaten thanks to Xavi and his team’s 16 points from 6 games.

In order to compete for awards this season, the Catalan made a concerted attempt to attract players like Bellerin, Marcos Alonso, Andreas Christensen, Robert Lewandowski, Raphinha, Christensen, and Franck Kessie, among others, this summer. Ronald Araujo is one Barcelona player that got hurt while representing his country on assignment.

The defender underwent surgery after developing a problem while representing Uruguay in a friendly match against Iran.

Araujo is currently slated for a protracted period of rest and is anticipated to miss the Qatar World Cup in 2022.

Barcelona’s official statement is as follows:

“The adductor longus avulsion injury to Ronald Araujo of the first team has been effectively treated by surgery on his right thigh.

“Dr. Lasse Lampainen performed the procedure under the direction of the Club’s medical staff in Turku, Finland. The player is not available for selection, and his availability will depend on how well he recovers.