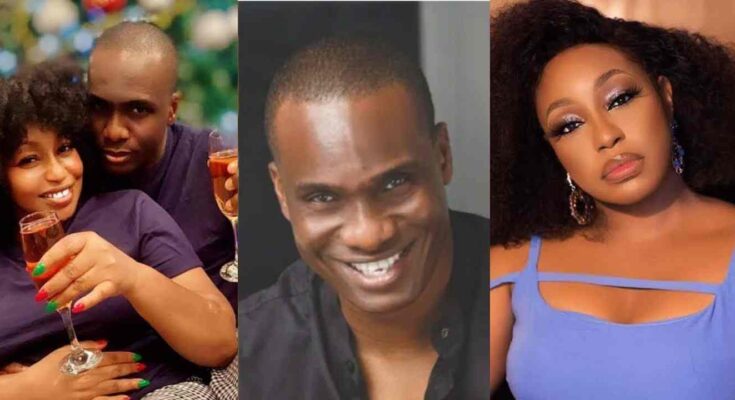 Rita Dominic wrote her boyfriend a short birthday message on her Instagram page.

She tagged her boyfriend in a birthday and love emoji-filled photo of the celebrant.

Despite the numerous claims against their marriage, there is little doubt that the couple is growing stronger.

According to Gossipinfo, Gist Lover caused an internet uproar by revealing the purported crisis that is reportedly tearing Rita Dominic’s marriage apart.

Gist Lover claimed that before deciding to settle down with Rita Dominic, Fidelis had relationships with a number of other unnamed Nollywood celebrities as well.

The faceless gossip also revealed the initials of the ladies Fidelis Anosike is allegedly having a relationship with, claimed their initials are letters I and U and were also at the actress’ wedding reception.

An uproar had ensued in as netizens tried to match the initials with the names of celebrities they could identify at the event.

Many had concluded that the initial U, was that of Uche Jombo, since she is friends with Rita.

Storming her comment section, many of Uche Jombo’s fans called her out and asked her to clarify the alleged report.

Reacting to it, Uche Jombo had dared Gist Lover to call out her name with full chest.

She called out the gossip blog and urged the platform to mention precisely whom the U and I referred to so that trolls can leave her page in peace.

“@gistloversgram.blog it will be lovely to tell your people who you are talking about so they can leave my page in peace”. Uche Jombo wrote.

The rumours didn’t break Rita and Fidelis as they only waxed stronger.

The couple have been seen out on several occasions being lovey-dovey.

At her birthday party in July, the couple were the center of attention as they portrayed a teen-like PDA 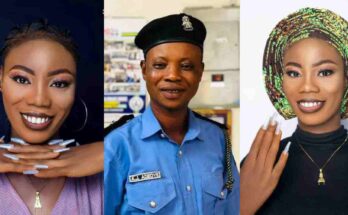